Best Dwayne 'The Rock' Johnson Memes: Do You Know Them All? 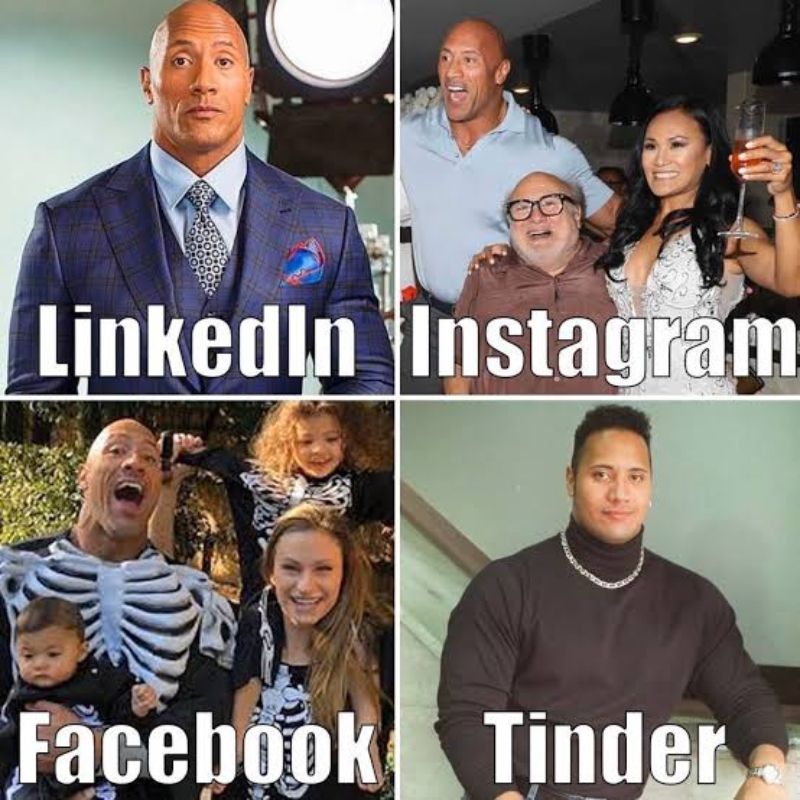 Many blessings for the man, the myth, the legend: The Rock. He has been on our screen since the '90s when he appeared as a superstar WWE pro-wrestler. And now he is a true icon. However, with great fame comes great meme-ability. Think you know The Rock's memes? Think again!

Ok let's start easy. You should know this one. Which movie is it from?

A scene from Race To Witch Mountain made for a pretty great meme. The clip in question is near the start of the film, when Johnson, who plays a former mob get-away driver named Jack Bruno, discovers two children in the back of his taxi cab.

This man has a killer workout routine, but his secret might be his one-word mantra: _____

A video compilation of him yelling this word into the camera was uploaded onto YouTube, and it really resonated with everyone.

The Rock set a whole new standard for being photogenic. What pose is he known for?

To be fair, with arms as huge as his, Dwayne Johnson has a hard time finding the right fit.

Leaning on the car

Who can beat The Rock in this meme?

When did this treasure appeared on the Internet?

The '90s were a wild time, and an infamous photo of Johnson in a black turtleneck with a fanny pack and chain combo proves just that. Johnson first posted this cursed image in 2014, with the intention of poking fun at himself.

Dwayne the *insert word that ends in -ock* Johnson became a real hit. What was its origin?

The good people of the internet really appreciated Johnson's title. Why not show it by photoshopping his face onto random objects that end with an "-ock"?

The original meme of Johnson's metamorphosis was just a three-part image displaying his stages of development. Which years is written under the third photo?

Needless to say, this would leave any geologist in complete and utter shock.

Internet is a beautiful thing because there you can find a photo where The Rock posed with an actual rock for no particular reason. When was this masterpiece made?

This meme isn't just funny, it's important. Love yourself the way you love The Rock and the way The Rock loves The Rock.

What is the right title for this photo?

Memes can be so informational. All this time we thought Dwayne and The Rock were the same person, but we were obviously mistaken.

Which phrase would fit this picture?

Memes about Dwayne "The Rock" Johnson need to be plastered all over every elementary school in the world to teach kids such valuable life lessons.

if he did it, you also can

this puberty period tho

be careful who u call ugly in middle school

New To The Memes World

This is a memes world! And it seems that you are not very well oriented in it. Of course, you know a couple of pictures, but you are not at all aware of the novelties of the meme industry. By the way, Dwayne Johnson is at its head. It would be nice to know more about this. Fortunately, you have our test! Send this quiz to your friends, let's see if they can do it better!

You have memorized your favorite memes and always use them in case of important negotiations. However, it's time to get out of your comfort zone. There is still a lot of unknown things in the meme world. And Dwayne Johnson will show you the best! Send this quiz to your friends, let's see if they can do it better!

It's hard to find a second meme lover like you. No one can compare with you! And even more so when it comes to Dwayne Johnson. After all, he is the best of the best when it comes to creating memes! Send this quiz to your friends, let's see if they can do it better!

Popular quizzes
How Well Do You Know Alexander Wang?

TheKate
How Many Musical.ly Stars Can You Name?

Serg14
Can You Identify These Celebrity Eyes?

JohnS
What Type Of Learner Are You?

DanielMiz
Are You a Good Wife? Let The Quiz Guess

Erich84
How Well Do You Know Ryan Garcia?