Famous mothers in the Bible quiz 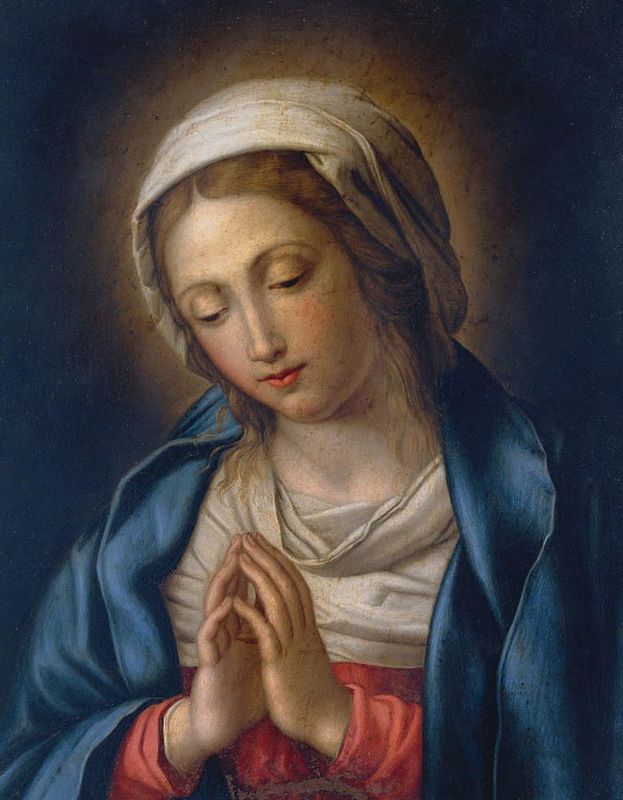 It's not a secret that the mother always takes the central place in the upbringing of children. The same you can see in the Bible where women have an important role and where you can find the examples of brave and strong mothers who become the sample of firm spirit. Take this quiz to find out whether you are good at the female characters of the Bible!
Let`s Start
Embed

Ruth has a special place in the Bible - one book of the Old Testament is named after her. However, her mother-in-law also played an important role. Who was she?

Naomi looked after Ruth as if she was her daughter, shared her wisdom with her, and cared for her future. As a result, her advice led Ruth to marry and give birth to a son, who became the grandfather of King David (thus making Ruth David's great-great-grandmother).

Who was the mother of John the Baptist?

She lived in Bethlehem and was the elder sister of Saint Anna. She is traditionally portrayed as an elderly woman, who miraculously conceived John in old age.

Perhaps, you remember the story of Cain and Abel. But what was their mother's name?

The biblical story mentioned in Genesis 4, according to which the first son of Adam and Eve - Cain - killed his brother Abel because the gift brought by Abel pleased the God

Which mother let her child down the Nile in a basket?

Jochebed became pregnant at a terrible time. Pharaoh ordered all newborn Jewish boys to be thrown into the Nile. The Bible says that when Jochebed first took her son Moses in her arms, she realized that he was special. So she decided to hide him. In the end, unable to hide the baby any longer, Jochebed followed the Pharaoh's decree - she let the baby go down the Nile in a waterproof basket that she had made by herself.

Who was the mother of Judah?

Leah is the eldest daughter of Laban, the sister of Rachel and the wife of Jacob, who bore him six sons: Reuben, Simeon, Levi, Judah, Issachar, Zebulun, and a daughter Dinah.

“If the Lord had meant to kill us, he would not have accepted a burnt offering and grain offering from our hands, nor shown us all these things or now told us this". Who this quote does belong to?

Which mother made a vow to get rid of barrenness?

Anna, the wife of Elkanah, was barren at first. But she wanted a son so much that she made a vow to God. Her husband Elkanah also wanted a child, but it was Anna's prayer that brought a miracle. After the birth of Samuel, Anna fulfilled her vow and dedicated her son to God.

What was the name of the woman lost in the desert with her child?

Hagar - the Egyptian, slave, servant of Sarah during her childlessness, who became a concubine of Abraham and bore him a son Ishmael. When Isaac, Abraham's son by Sarah, grew up, Hagar and Ishmael were driven out of Abraham's house at Sarah's insistence.

Abraham is called the father of the Jewish people. And who is the mother?

At birth, Sarah had another name - Sarai, which had the meaning of "noble". But subsequently, God changed her name to "Sarah" to show the woman will be the mother of a large nation.

What was the name of the mother of King Solomon, the wisest man who ever lived?

Bathsheba is the daughter of Eliam, the widow of Uriah the Hittite, the wife of King David, and the mother of King Solomon.

Expert of the Bible

You understand the importance of the mother's role. And the biblical story is no exception. You managed to remember not only the main characters of the book but also those who were not the key persons. Congratulations! Such knowledge is the thing you can be proud of. Share the quiz with friends to check their knowledge!

Well, the Bible is not entirely your thing and you mix up many names. You remember some main characters, but have definite problems with those who didn't play key roles. However, you understand female characters deserve attention and closer examination. Keep it up and soon you will surprise people around with your erudition! Share the quiz with friends to check their knowledge!