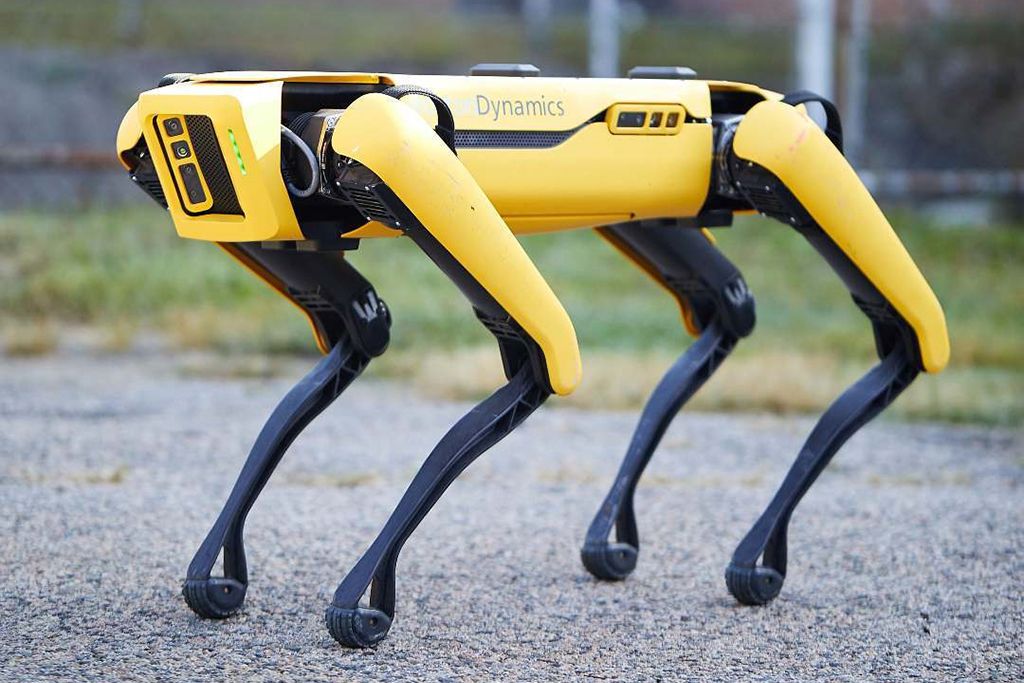 Boston Dynamics is probably the coolest company owned by Google, working in all things robotics! Few people understand how Boston Dynamics operates and what they're working on. See if you're familiar with this innovative company and its projects!
Let`s Start
Embed

In what year did Google acquire Boston Dynamics?

Boston Dynamics has been around for a long time. In what year was the company founded?

The company was founded in 1992 by Marc Raibert, a former researcher at which institution?

They’ve built a whole robot animal kingdom. Which robots have they produced?

A wolf, a dog and a mini-car

A dog, a cat and a humanoid

A humanoid, a fish and a dog

What makes their robots special?

What is the Boston Dynamics’ goal?

Create a fleet of robots that can easily navigate

Create a robot that would look like a real animal

Create the cheapest robot on the market

In what area does Boston Dynamics cooperate with other organizations?

How are their robots used in the military field?

Which institution is holding a debate about whether nations need to establish rules about weaponied robots?

The Coalition to Stop Gun Violence

Boston Dynamics is the most famous of Google’s robotics acquisitions. But the search giant snatched up a few more companies in 2013. How many?

You don't seem to be interested in technology at all, and robots scare you completely. So you don't know anything about Boston Dynamics, even though it's a very successful, innovative company. However, their history and work are really very interesting, so it is worth learning more about it. We hope that our test inspired you to do this! Send this quiz to your friends, let's see if they can do it better!

You seem to be interested in modern technologies, including the creation of robots. However, you are not so deeply immersed in these topics that you know all the companies in the market. For example, you've probably heard something about Boston Dynamics, but you've never been interested in their activities. Thanks to our test, you have discovered a lot of new things! Send this quiz to your friends, let's see if they can do it better!

You seem to be really passionate about modern technology, including the creation of robots. You may even have tried to assemble one in your garage. And you know so much about Boston Dynamics itself that you can get a job with them right now! Send this quiz to your friends, let's see if they can do it better!

Popular quizzes
How Well do You Know Your Car's Engine? The Quiz Will Find Out!

eugen
How good is your firearms knowledge?

Santa Pakalna
How Well Do You Know "Bridgerton" Series?

Serg14
Can You Identify All 50 US States By Their Outline?
QUIZ: Am I Ready For Sex?