How Well Do You Know Liza Koshy's Videos? 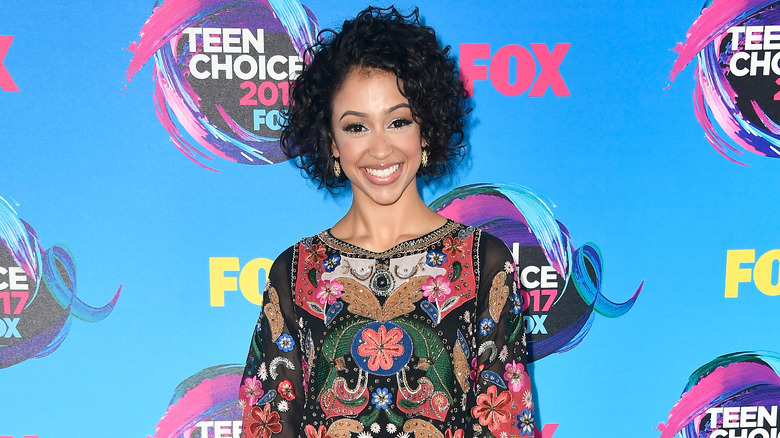 If you ever opened your mobile phone within the last five years (which you probably have), the name Liza Koshy has likely popped up in one of your feeds. With such a massive following across social media platforms, this YouTube star is officially famous on the web. This rising superstar is killing the game with her online content creation and amazing acting gigs. Curious about Koshy's buzz? Let';s see how well you remember her roles!

Liza Koshy started her acting career with Vine where she posted short funny videos. When was it?

Before becoming a YouTube superstar, Koshy got her start online on a different now-defunct platform: Vine. Koshy explained to Forbes that she began shooting videos for the app when she was a teenager back in 2013, right after it launched. She said that her first clip for Vine was her climbing on top of a car with her friends

In November 2016 she performed as an interviewer for her YouTube channel talking with one of the most famous American politicians. Who was it?

While Koshy tends to keep things light and fun on her YouTube channel, she does occasionally use it to raise awareness for more serious issues, like struggling with anxiety, facing internet bullying, and, in a very special interview, encouraging young people to be more politically active.

What was her role in that series?

Did she reprised the role in the show's second season?

She is still starring as Violet Adams.

She also played the role in the horror-comedy feature film, Boo! A Madea Halloween. Whom did she play?

In 2016, she starred her transition to TV and films as Aday in the Tyler Perry movie Boo! A Madea Halloween.

Koshy stars in a YouTube Premium situation comedy series, Liza on Demand. What else does she do for the show?

She is a costume designer

She is a co-producer

She composed the sountracks for the show

She is a screenwriter

Which TV series is this image from?

Has she ever appeared in music videos?

Yes, and this is not her only talent/ Among the little-known tidbits unearthed about the YouTube personality was the fact that she has a background in dance.

Which role did Liza get in the musical comedy film Work It?

It seems that thanks to our questions, you have learned a lot about the career of Liza Koshy. You couldn't even imagine how much she has already achieved. The active life of this rising superstar cannot but inspire us to new achievements! Send this quiz to your friends, let's see if they can do it better!

It seems that thanks to our questions, you have learned a lot about the career of Lisa Koshy. Of course, you have heard about this young superstar. But you had no idea how productive she is! The next time you watch her YouTube video, you will get inspired! Send this quiz to your friends, let's see if they can do it better!

Even our questions about the career of the rising superstar Liza Koshy could not surprise you. You know so much about her! You have probably already seen all her films and TV series, so you know her roles perfectly well! Send this quiz to your friends, let's see if they can do it better!

Popular quizzes
How Well Do You Know Baby Ariel?

Margarite
How Well Do You Know Cyndi Lauper?

Stone_12
How Well Do You Know Kimberly Loaiza?

Dexter13
What Do You Know About The British Royal Family?

Erich84
Have you got a “self-actualised” personality? The quiz will reveal!

Margarite
This Quiz Will Reveal Exactly How Cruel You Are