How Well Do You Know "Paradise PD"? 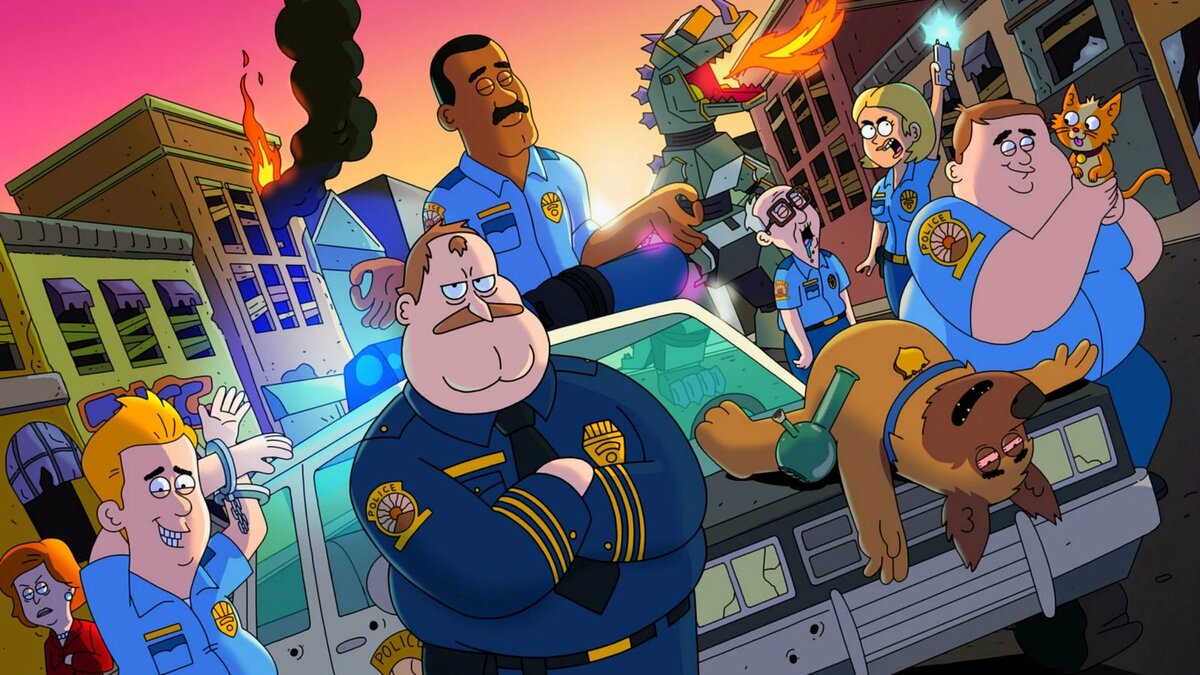 Paradise PD is an American adult animated sitcom created for Netflix. It follows bad cops who are not bad as in corrupt, bad as in under-performing. They aren't first responders, they are the worst responders. This show is a great solution if you are in the mood for laughs or want to watch something uplifting. Have you heard of this series? Let's see how well you remember it!

How many season does the show have?

Two main characters from another fanous series have made short appearances in this show. Which show are we talking about?

The writers of ‘Paradise PD’, Waco O’ Guin and Roger Black have never worked on animated series before. Is that true?

How many episodes does the show have in total?

What is the cause of Gina Jabowski being a hot-tempered violent psychopath?

She had a mental disorder

She suffered a head injury as a child

She was raised in an orphanage

The doctor prescribed her the wrong medicine

Bullet is a police dog who has a bad habit. Which one?

He is addicted to drugs

He He leads an indiscriminate sexual life

Gerald "Fitz" Fitzgerald is a police officer whose PTSD sometimes hinders his police work. He plays a musical instrument as part of his therapy. Which one?

Dusty Marlow is voiced by Dana Snyder. What other character does he voice in this show?

We can say that you are not a big fan of the animated Netflix show Paradise PD. Perhaps you haven't even heard of it. But, most likely, you just don't like its special humor and characters. So you don't know many details about the show! Send this quiz to your friends, let's see if they can do it better!

Judging by your answers, you are quite familiar with the city of Paradise and its inhabitants. You've heard a lot about his police department, but many details have gone unnoticed. Therefore, you have correctly answered only a part of our questions! Send this quiz to your friends, let's see if they can do it better!

An evening in the company of the Paradise Police after a hard day's work seems ideal to you. Isn't this a heavenly delight? The blunt and sometimes absurd humor of this series helps you to distract from thoughts and relax. You probably have already memorized all 30 episodes of this show so that you could literally be Paradise resident! That's why you answered our questions so well! Send this quiz to your friends, let's see if they can do it better!

Popular quizzes
How Well Do You Know "Criminal: UK" Series?

Peter_1
How Well Do You Know the Works of Famous Animation Studios?

Lee
How Well Do You Know "Blood & Water" Series?

Mars
How Well Do You Know Baby Ariel?

Jei
How Psychic Are You Really?