How Well Do You Know Sex and the City? 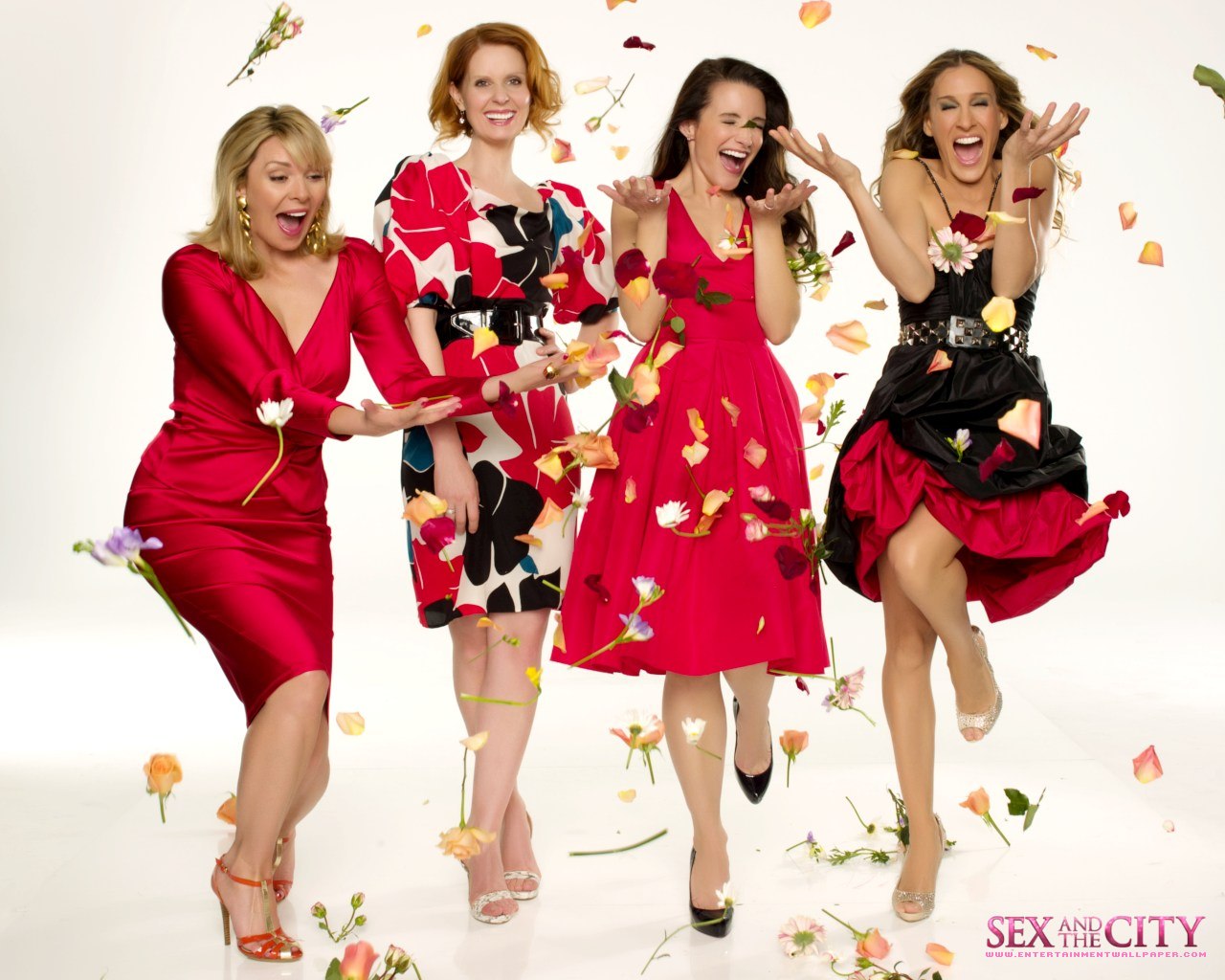 Do you think you know your way around the plot of Sex and the City better than your own life? Let's find out!
Let`s Start
Embed

Who was Carrie's friend Big nearly hooked up with?

In the first episode Samanta opened the hunt for Big, but it was in vain!

Why does Carrie look this way?

That day Carrie understood that she badly needs a partner.

This is Halloween, and her makeup is a part of her look

She turned 35, but nobody came to her birthday party

She found out that Samantha has cancer

Aidan has just dropped her

Whose full namesake is this charming young man?

His name is Sam Jones and Samantha hardly got rid of him!

Samantha had many different men and each of them had his own zest. How did this guy distinguish himself?

This guy's penis was so huge that Samantha couldn't handle it.

He has a tiny dick. Remember? Like a cornichon!

He’s a fan of blow jobs, but his sperm tastes disgusting!

He has a big dick. Just huge!

In one of first episodes each of them confessed about her insecurities. What combination is right?

Carrie doesn’t like her nose, Miranda hates her chin, Miranda dreams about other hips, and Samantha was originally happy with her body!

Carrie would make her nose shorter and Miranda would extend her hair.

What were ingredients of a special cocktail to treat Samantha from cough?

Samantha remembers this recipe ever since she was little!

In one episode three of four friends showed the world their breasts. Whose breast stayed behind the scenes?

In 1 Episode, Season 5 all showed their breasts: nursing mother Miranda, seductresses of swabbies Charlotte and Samantha. All, except Carrie.

Strange as it may seem, Samantha showed us nothing

Prude Charlotte decided to keep her breast to herself

We never found out what Miranda has under her blouse

A killer question. What are the ingredients of a Cosmopolitan cocktail?

Very difficult, that's why don't try to keep it in mind and especially to repeat.

Big returned from France a moment before. And what does Carrie standing on his threshold have at her hand?

Whichever you choose, you’re right. What’s the difference what’s in the bag if all this was thrown into the wall in a minute.

Who did dare to drop Carrie using a sticker?

Of course, it was Berger. And how did it come to his mind?!

What does Samantha have under her skirt?

Samantha found a grey hair THERE, and without hesitation dyed her pubis in ginger. Thus Bozo the Clown settled under her skirt.

Pubic lice - a gift from yet another lover

The guy is a true artist. And to prove Charlotte that she also has many masculine features he put a sock into her pants – as a simulant of manhood

This is a fancy dress party. Charlotte decided to disguise in a man and by doing it she attracted a lot of attention

Charlotte’s new lover is a bisexual, but she doesn’t want to share him so she wears a man suit and moustache.

A guy in a pink shirt is an artist. He believes that every person has feminine and masculine features and right now he proves it to Charlotte.

Charlotte is thinking about gender transformation, that’s why she tries on all the attributes of men’s life.

Quite a reckless step, we need to say.

At last Carrie appeared on the catwalk as a model. What shocked the show’s director?

That time everything went wrong. But the director cried “Fuck me hard”, when Carried fell down.

Carrie appeared almost in only panties

Carrie got up and walked on

In a minute a grey-haired old man who’s in the background will make Samantha an indecent offer. And now he’s talking to…

Of course, to Trump. How can we forget him?

The girls are at Carrie's. What's so interesting in the window?

This time it’s about neighbors and endless sex. Although all the rest also happened in the life of the characters!

Neighbors are having sex so long and in different poses, so it’s impossible to shift their glance away

A guy from AA announced that Carrie is the world’s best fucker!

Sex and the City is also shoes. Shoes as a religion. What episode wasn’t in the series?

Samantha tried to get a Birkin bag with the help of Lucy Liu, and not Manolo Blahnic peep toes

Carrie was robbed on the streets on New York only once. And what they did stole? Her peep toes!

For some time Charlotte bought shoes with a big discount, because the seller… was coming, looking at how she tries yet other peep toes

Carrie will always remember how Miranda was giving birth, because the latter’s water broke on her several hundred dollars shoes!

What celebrity didn't act in the show playing himself/herself?

David Duchovny acted in the series, but he played not himself, but Carrie's ex.

This guy is so happy, because he thinks he’s about to shack with a cover girl. Where did he see Carrie’s photo?

He saw her on New York magazine cover. That’s why the single and fabulous without question mark immediately ran away from him!

On the cover of her book

Next to her article in the newspaper

And the last one. What dress did Carrie wear on the first date with Big? Hint: later we saw this dress in the show several times

In that naked dress Carrie not only seduced Big but also shot to promote her column. A banner with her photo was placed on a bus, which threw water at her in the beginning of each episode.

You cannot imagine your life without Sex and the City

You watched Sex and the City to pieces, you remember all the twists of the plot, and the characters of the show are your BFF!

Some time ago you watched Sex and the City from the first to last episode, and, probably, it's time to refresh your memory about the brightest moments.

Your Sex and the City is yet to come!

The Sex and the City fans get pretty bent out of shape over you, its followers nervously kick themselves. Each of them would like to be in your shoes to experience everything what will happen with the characters of the show - inside and out.

Popular quizzes
Let's Find Out Which Famous Film Director You Are!

Yummy
How Well Do You Know Lost in Space Series?

Steve
Which Young Justice Member Are You?

Lee
Would You Pass Your Driver's Test in the UK? Test Yourself

eugen
Quiz: Are You a Well-Read Person?