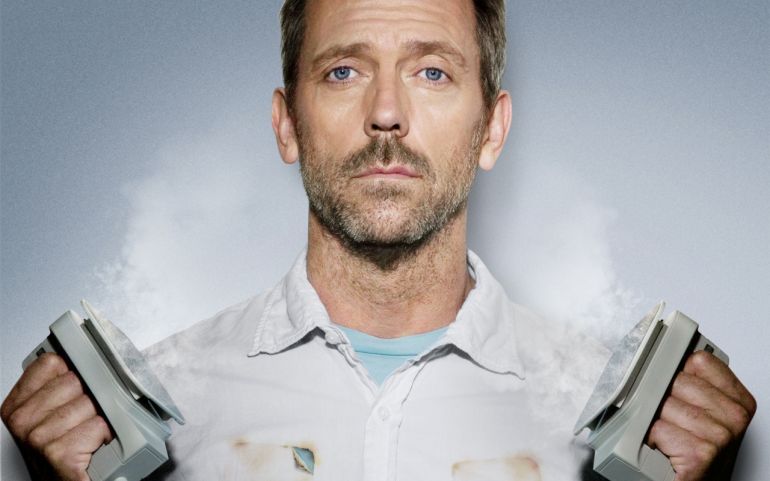 House, M.D. is an iconic show. Test your knowledge of the most interesting medical plots of the series with our quiz!
Let`s Start
Embed

Kindergarten teacher Rebecca suddenly loses her ability to speak and passes out in her classroom. In Princeton-Plainsboro hospital, House’s team is making analyses, but the patient starts suffocating in the MRI scanner. Dr. Foreman inspects the kindergarten where Rebecca works and finds a suspicious parrot. Meanwhile, the patient has cardiac arrest. Foreman and Cameron find nothing at her home which could explain the symptoms.  House guesses about the cause of the disease, but cannot persuade the patient to start treatment. Dr. Chase, who assures Rebecca, comes to help. What caused the disease?

Season 1, Episode 1. Poorly processed pork may contain the larvae of flat worms Taenia solium, which can cause various health problems

Parrot in the kindergarten

Ham in the patient's fridge

Paints for drawing in the kindergarten

Teenager Keith with his girlfriend takes his father’s car without asking to take a ride. He starts coughing up blood at a great speed and they run into a bus. Keith breaks his leg and gets into the hospital, where the team immediately rules out the impact of external environment on the disease development. House supposes drugs, but the patient denies it and then loses his vision. Soon he regains sight, but his liver fails. His father wants to change the hospital, but Keith starts hallucinating and calls out Jules’ name – it is a cat, which died of old age. It dawns on House and he makes a diagnosis, which saves the patient’s life. What caused the disease?

Season 1, Episode 11. Termites extract naphthalene, which in excess is dangerous to health.

In this episode, a young man with a different sexual orientation named Kalvin is following House and even tries to take his stick away.  However, he falls and starts suffocating. House’s team takes on his case. Having studied his case history, they decide it is AIDS that is to blame. Analyses reveal drugs in his blood. While House is hunting for a rat in his friend’s house, Kalvin coughs up blood, which gets on Dr. Cameron. When inspecting the patient’s apartment, the team finds the photos of broken beryllic lamps. Father from Montana state comes to the patient and House talks to him about his hobby. What caused Kalvin’s disease?

Season 2, Episode 7. Fox hunting is a traditional entertainment in Montana state. Foxes are carriers of various parasites, one of which became the cause of the disease.

It was AIDS after all

Margo is a super mom: she works as an architect, she’s really good at cooking and she takes her child to a sport group. She has great relationships with her husband, they want the second child. But family paradise is destroyed by an accident – Margo has convulsions behind the wheel and she runs into a garage door. She has fits of anger at the hospital, she furiously shakes the stand with the drips and breaks the glass. Cameron finds medicines with a drug effect in the patient’s car. Margo temporary feels better, but then she survives a stroke because of a blood clot. MRI shows liver tumor. House considers it a contradiction and finds the disease cause. What was the cause?

Season 2, Episode 11. Margo didn’t want the second baby and took contraceptives without telling her husband. Contraceptives can provoke liver problems. Especially, when you take them without a doctor’s prescription.

Policeman Joe gets a fragmentation bullet wound and is brought to the hospital, where a number of symptoms are revealed. It all starts with reasonless laughter and fun. Later, Joe experiences blindness caused by a brain dysfunction. The cop suffers pain all over the body, fever and convulsions. When pain becomes unbearable, he is put in an induced coma, after that he dies. Dr. Dr. Foreman searches the cop’s apartment where he comes across a terrible mess and a pigeon house on the roof. After visiting the officer’s home, Dr. Foreman has the same symptoms and now House’s team has to treat their colleague. What caused the disease?

Season 2, Episodes 20-21. Harmful microorganisms, which can cause a dangerous infective disease, primary amoebic meningoencephalitis, can live in pigeon droppings.

Insanitary conditions in the cop's apartment

While on a ride, 6-year-old Allie suddenly starts screaming in pain. When she’s brought to the hospital, analyses show gallstones, which is not typical in young people. House offers to remove the gall bladder, but the girl’s mother is against it. Through court action House transfers a right to make the decision to her father (they’re divorced). Allie is operated on, but she doesn’t feel better – a rash appears on her skin.  Doctors suspect an allergy, but House offers to use a wide range antibiotics, but now her father is against it. Cuddy permits only one type of antibiotics. Allie’s parents are continuously fighting, and the girl experiences heart hurry. Father takes her outside, but she gets even worse. It’s necessary to amputate Allie’s arm to save her life. One minute before the surgery it dawns on Dr. Chase and he saves both the girl’s life and arm.What was Allie’s disease?

Season 3, Episode 9. Erythropoietic protoporphyria is a rare disease. In other words, it is intolerance to light.

Foreign matter in the stomach

Morgue worker Irene sees terrible hallucinations at the workplace – dead people come to life. House, trying to find the cause of the hallucinations, asks the team to take a brain biopsy. The patient continues to see dead people – now her dead mother appears to her. House tries to collect familial history – to make it he talks to the Irene’s “ghost” through her. Bleeding ulcers appears in the patient. During the diagnostic surgery Chase finds liver cirrhosis, which indicates poisoning. House’s new employee – Dr. Amber has an idea of the cause of the disease. How did Irene poison herself?

Season 4, Episode 4. There were particles of spur in rye bread. This is a parasitic fungus, which poisoning causes hallucinations, delirium and other symptoms.

House kidnapped a star of a medical TV-soap – Evan Greer, because he notices deterioration in his peripheral vision and suspects a brain problem. To convince the actor that he’s right House puts him to sleep and fakes the test results. But soon it turns out that Evan really needs help – his foot fails. House gets to the film studio, where he gets to know that the actor has potency problems. Tests rule out impotency, but reveal that the Evan’s body doesn’t filter the iodine. Soon the actor starts speaking with his character’s phases and slips into a coma. He needs to be treated from infection or allergy. Moreover, treatment from one disease deteriorates the other. House finds the diagnosis by chance, and later when watching the next episode of the show understands what is was. What dropped the ball on Evan Greer?

Season 4, Episode 14. Intolerance to chitin, which is contained in the tonic, which Evan’s character drinks in the show.

Numerous bunches of flowers in his dressing room

Cocktail, which his character drinks in the show

Jackson is an unusual teenager. He has both male and female DNA. After giving birth, his parents decided that they’ll raise him as a boy. When Jackson was 13, they took him to a basketball group, where he got sick at one of the games – acute pain appeared in the pelvis area. House’s team suspects that the issue is about hormone therapy. To check his health and development of internal organs, the doctors are getting an MRI with contrast agent and endoscopy, during which the boy starts suffocating. Foreman and Thirteen find a sad poem about suicide at Jackson’s home. Soon the boy starts vomiting and the doctors make an unpromising diagnosis – scleroderma. When there’s no hope for recovery, it dawns on House – he was missing one detail all the time. What was the cause of Jackson’s disease?

Season 5, Episode 16. Energy drinks, which Jackson drank in training, caused dehydration, which led to kidney injury. Because of that his body couldn’t remove the contrast agent after MRI.

Injury at a basketball match

Jordan and her friend go to the concert of a popular rock band and then appeared to be in the musicians’ dressing room. There they’re having fun until the morning and then boast to their friends. During the story about night adventures, Jordan’s hands and feet become swollen and she faints. House’s team makes different analyses. The analyses don’t give a decisive answer and House invents a new method of diagnostics. He makes the girl imitate playing drums to the music of her favorite band. The test shows quick fatiguability, which means a low level of kalium. The girls confess that they didn’t visit the party and spent the night with a producer of fashionable series Stiletto and had supper at the same restaurant as he had. Cameron talks to the producer and suspects he raped Jordan, but tests deny it. The girl experiences excessive bleeding, which threatens her life. It is House, who is at a conference in other city who solves the mystery. What’s the disease cause?

Season 6, Episode 7. Vibrio is a type of bacteria, which live in oysters. Combined with rare disease hemochromatosis, they can be lethal. It is the disease Jordan had and these are oysters she ate at the restaurant.

Supper at the restaurant

You either didn't watch House and have read all the spoilers right now or you watched it, but have already forgotten the medical part. A great cause to re-watch the show!

Are you a doctor?

Not bad. Send your CV to Prinston-Plainsboro, Dr. Cuddy is tired of waiting for you.

Haven't you thought to create your own diagnostic department? You're doing a great job.

DanielMiz
Do You Know Which Animal Has a Longer Life Span?

Jei
Quiz: Are You a Well-Read Person?

Steve
Do I Still Love My Ex? The Quiz Will Find Out!

Mars
Personality Quiz - How Lazy Person Are You?