Interesting Facts About The Countries of Euroasia 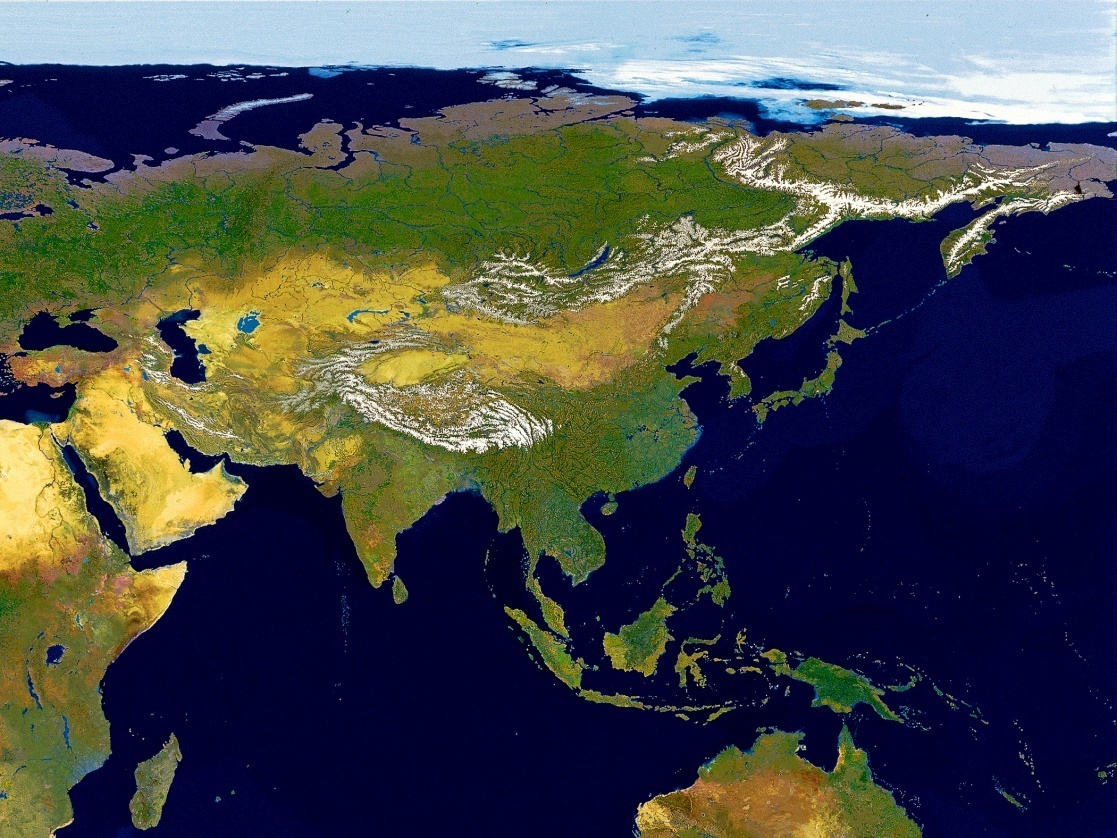 Eurasia is the largest continent, occupying almost a third of the Earth’s land. Test your knowledge or learn something new with our quiz!
Let`s Start
Embed

The Bosporus - a strait between Europe and Asia Minor, which connects the Black Sea and the Sea of Marmara – is one of the narrowest ones in the world. What’s its width?

The largest Turkish city Istanbul is located at both sides of the strait.

The highest peak on the Earth – Chomolungma (Everest) - rises 8848 m above the surface. How is “Chomolungma” translated from Tibetan?

The mount’s age is over 60 million years; it was formed due to the impacts of the Indian tectonic plate in the direction of the Asian plate.

Only Sky is Higher

What country is called a country of volcanoes and geysers?

Iceland is a country of glaciers and geysers, volcanic landscapes and fiords, waterfalls and high-mountain rivers.

In the woods of South-East Asia, mainly in Indonesia and Malaysia, Calamus or rattan widely used for furniture manufacturing grows. What is it known for?

This is the thickest plant in the world

This is the highest plant in the world

This is the longest plant in the world

This is the most expensive plant in the world

What is the deepest lake in Eurasia?

Panda is an emblem of the World Wildlife Fund. What is the panda bear called?

How many parts of the world does Eurasia unite?

These are Europe and Asia.

Excellent. But can you tell which of following cities is located in Asia?

The border between parts of the world Europe and Asia is often drawn along the foot of Ural Mountains and Mugodzhary Mountains, the Emba river, the north coast of the Caspian Sea, by the Kuma-Manych Depression and the Kerch strait.

There a number of “colored” seas around Eurasia. The color range of what country’s flag can be obtained from the names of these seas?

These are the White Sea, the Yellow Sea, the Red Sea and the Black Sea.

There's a plateau in Hindustan peninsula, India, which is called...

It’s located in the internal part of the peninsula, limited from the north by the Narmada River, from the south by the Kaveri River.  It occupies about 1 million km².

I don't know much about Eurasia

Perhaps, Eurasia is not your cup of tea. But don't be upset, now you know how to translate Chomolungma, what "post" can be found on the map of India and what territory of Russia permafrost occupies. Show this quiz to your friends, let's see how they'll deal with it!

I know some things about Eurasia

You know enough about Eurasia. But you need to study some questions deeper. Probably, it was hard for you to answer how to translate Chomolungma, what "post" can be found on the map of India and what territory of Russia permafrost occupies. But now you know more! Show this quiz to your friends, let's see how they'll deal with it!

I know everything about Eurasia

There are no gaps for you regarding questions about Eurasia. You can immediately say how to translate Chomolungma, what "post" can be found on the map of India and what territory of Russia permafrost occupies. Show this quiz to your friends, let's see how they'll deal with it!

Popular quizzes
Quiz: Are You a Well-Read Person?

Lee
What Nationality Man Will You Marry? The Quiz Will Tell

Dexter13
How Many Circles Are Hiding In This Viral Pic?

Akela
How Compatible Are You And Your Partner?

DanielMiz
How Well Do You Know "Team Kaylie"?

Dexter13
What % Emotional Are You? The Quiz Will Find Out