Can You Match These Logos To The Football (Soccer) Teams?

Do you like watching the matches of your favorite team? Maybe you follow the developments of several championships at the same time? Either way, it would be interesting to check your knowledge of football clubs and their logos. Let's go!
Let`s Start
Embed

On what Italian club's logo a mythic creature is depicted?

A griffon is depicted in the Genoa emblem.

Choose building, which is depicted in the Everton logo.

Prince Rupert's Tower is depicted in the emblem.

On this club's logo there's NO animal

There's a lily in the Fiorentina's emblem.

Choose the logo of Boca Juniors:

On what English club an ax is depicted?

This is the emblem of West Ham United

Choose the logo of Flamengo

This is the logo of Brasilian club Flamengo

A bear is depicted in the emblem of Vitesse F.C. Is it true?

False! An eagle is depicted in the logo.

Which logo is it?

This is the emblem of Portuguese club Porto.

All these clubs are Spanish ones, and the emblem belongs to Sevilla

Is it the emblem of Lille FC?

You treat football pretty well, watch the matches of the national team, but have a very dim view of club championships. Of course, you know Barcelona or Manchester United, however, the logos of less famous clubs are unknown to you. Make sure to share the quiz with friends and check their football knowledge :)

You're a big fan of football and try to catch every important match. The logos of the majority of clubs are in the back of your head, however, some emblems escaped you. Make sure to share the quiz with friends and check their football knowledge :)

You know football emblems very well and can easily distinguish the logo of Flamengo from the logo of Vitória. How do you manage to embrace so many things? Make sure to share the quiz with friends and check their football knowledge :)

JohnS
Can You Identify These Gemstones?

Lee
Quiz: How Much Do You Know About Tea?

Erich84
Shall Elon Take You To Mars? Let's Find Out! 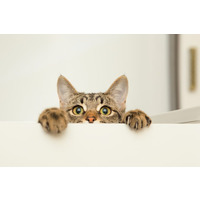 Aspereger
Personality Quiz: What Kind of Girlfriend Are You?

Lada Khramova
Self Control Test - Can You Control Yourself?