Can You ACE This Football (Soccer) Rules Trivia Quiz? 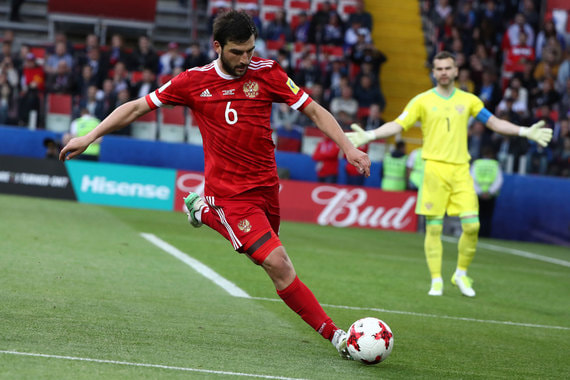 Soccer fans think that they know all the rules and can advise the ref to use his specs. Are you one of these fans? Take the quiz and check your knowledge of soccer rules.
Let`s Start
Embed

If a player is removed from the game...

Do you know that the players can also receive a red card in handball, ball hockey, rugby, and track and field athletics?

The team has to finish the game short-handed

The match will be suspended

It's a defeat for the team with the removed player

Since the goalkeeper has more freedom than fielders, his or her jersey should be of a different color to distinguish them from the teammates.

Should be of the same color with the jersey of judge

Shin guards are the necessary attribute of the soccer uniform. They are designed for protecting the legs against physical injuries.

Should be completely covered with socks

Should be completely covered with socks by 8''

Should be completely covered with socks by 12''

How many reserves should a team have?

Generally, the number of reserves is regulated by the rules of the competition.

What is the width of the field in international play?

If a fielder changes with the goalkeeper…

The fielder who substitutes the goalkeeper also has the right to touch the ball with hands.

It doesn't influence the total number of substitutions

It influences the total number of substitutions

This substitution is impossible

This substitution is possible only once

Do the rules allow decreasing the time of one half if the participating teams agreed upon it before the game?

Any agreement about decreasing the half time should be reached before the start of the match and should not conflict with the regulations of the competition.

The team captain is responsible for its behavior on the field...

Yes, the captain can argue with the refs more actively defending his teammates but he has no special authorities.

And he has standby authorities

He can't be removed

He can't be substituted

Checking the proper gear of the players for substitutions…

Assistant referee is an official empowered with assisting the referee in enforcing the Laws of the Game during a match.

Is the duty of the assistant referee

Is the duty of the players themselves

Is the duty of the team's head coach

Offside is no violation of the rules by the player, if…

A player is in an offside position if any of their body parts, except the hands and arms, are in the opponents' half of the pitch, and closer to the opponents' goal line than both the ball and the second-last opponent, including the goalie.

The opponent's team was also in the offside position at least once.

You don't know soccer rules well. But don't be sad - over time you'll start understanding this kind of sport and so far just enjoy the game! Share this quiz on social media - let's see how your friends pull it through.

You know soccer rules pretty well but you still miss some nuances. Don't be upset - in a hundred or two watched matches you'll become an expert on this issue! Share this quiz on social media - let's see how your friends pull it through.

You know soccer rules to a T, keep it up! You know the smallest nuances of soccer, you have a deep understanding of the game and sincerely enjoy every watched or played match. Share this quiz on social media - let's see how your friends pull it through.

DanielMiz
Can You ACE This Baseball Rules Trivia Quiz?

DanielMiz
Can You ACE This Volleyball Rules Trivia Quiz?

Jackl1
What Type Of Snake Are You?

JohnS
Quiz: Which Anime Character Am I Most Like?