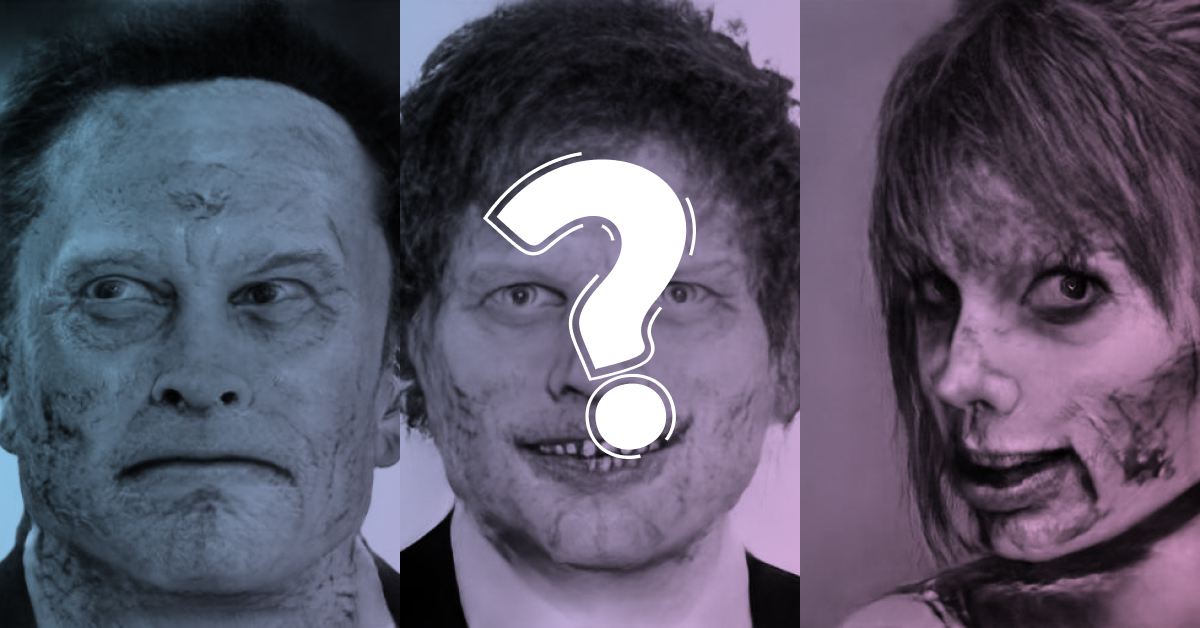 Imagine yourself in the middle of the Zombie apocalypse. Would you be able to recognize celebrities in the zombie crowd? Let's check!
Let`s Start
Embed

Taylor Swift's album Fearless (2008) won the Grammy Award for Album of the Year.

Played in a vampire movie

Won Grammy Award for Album of the Year

Hosted a show on MTV

The bald zombie is:

This zombie with a colored hair is:

Was the Governor of California

Builds a spaceship to send people to Mars

Ginger zombie, is it Ed Sheeran?

Our last one is the lady. What did she do for living before a zombie bite?

Ellen Lee DeGeneres is an American comedian, television host, actress, writer, and producer. She starred in the sitcom Ellen from 1994 to 1998 and has hosted her syndicated TV talk show, The Ellen DeGeneres Show, since 2003.

Are you a zombie yourself?

Seriously, you did very well! No way zombie apocalypses might scare you.

You did not recognize all our zombies, but.. does it really matter?) Hope you had fun, have a great Halloween!

Popular quizzes
Which Wolf Am I Most Like? Personality Quiz

Lada Khramova
Quiz: What Color Should Your Eyes Really Be?

DanielMiz
How Well Do You Know Kimberly Loaiza?

Dexter13
Quiz: What Kind of Pizza Are You?

Dexter13
Space quiz - true or false - only a genius can guess all the answers correctly! 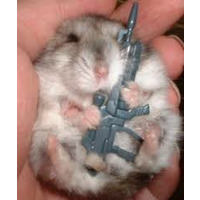 Iona
Which Historical Figure Are You? The Quiz Will Tell You