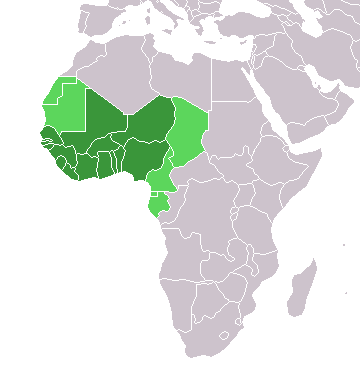 Welcome to our game show. This game shows topic is West Africa. Try to get every question right and if your team gets the answer right your team gets a point, the team with the most points win and gets a prize of $0.00000.

Did the Netherlands colonize west Africa

The Tibesti Mountains are in Northern Africa.

The Tibesti Mountains are located in West Africa. They are rich in minerals and resources like niobium, beryllium, lead, zinc, copper, platinum, and nickel, tungsten, tin, and oil.

The senegal river is located in west africa.

The Senegal River is located in West Africa. It is critical to local populations who rely on it for energy, production, land irrigation, and potable water.

The Niger is in West Africa.

The Niger is used for irrigation, power production, and transportation.

Ghana is in East and West Africa.

The first European settlers arrived in West Africa in 1460 and kept arriving. The most momentous discovery in western Africa, came in 1471 when Portuguese captains first reached the coast of modern Ghana between the mouths of the Ankobra and Volta rivers.

Jei
Italian Quiz: How Italian Am I?

Sergio123
How Well Do You Know "Ratched" Series?

Margarite
How Well Do You Know "Young Wallander" Series?

Mars
What Fruit or Berry Are You?