Dog & Cat Breed Knowledge Quiz - Can You Ace It? 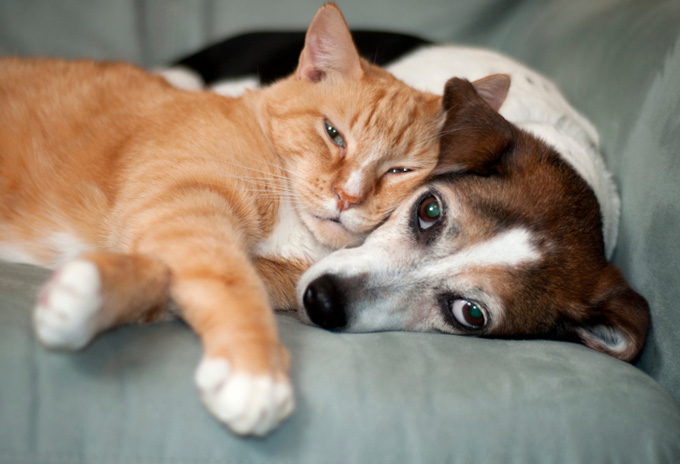 Do you consider yourself an expert on dogs and cats? Take this quiz to find out!
Let`s Start
Embed

This dog's fur doesn't get wet in the water. Which dog is it?

The Newfoundlands have a water-resistant undercoat that stays dry in the water. Thanks to their webbed paws, these dogs are great swimmers.

Which breed is this cat?

Maine Coon is one of the oldest natural breeds that originated from the farm cats living in the state of Maine, in the north-east of the USA.

Which was the dog breed of one of the "Titanic" victims?

It's a bulldog. A French bulldog, to be exact.

The cats of this breed helped the embassy of the Netherlands find the wall bugs installed by the Russian spies. The worried animals started to scratch the wall.

Those were two Siamese cats. The animals must have heard the noise non-detectable by the human ear. The embassy employees found 30 bugs hidden in the wall.

Which one of these cats is a ragdoll cat?

Known for their placid temperament, ragdoll cats are very calm and serene animals. They go limp and relaxed when picked up, hence the name.

The dog Laika was the first living creature to orbit the Earth. Which breed was it?

Laika was launched on a one-way trip into outer space on board Sputnik 2. Sadly, Laika's survival was never expected. The courageous dog died within 5 to 7 hours from overheating.

Which breeds are mixed in this dog?

Labrador + Husky = Labsky. It's an incredibly beautiful and intelligent breed.

In a popular family movie, the dog of this breed has the name of a renowned composer.

The dog Beethoven, whom we all love, was a St. Bernard.

According to a legend, once there lived a big and strong lion, who loved a small monkey. But they could not be together. Then a kind magician decided to help them by making the lion small. The lion and the monkey lived happily ever after. The dogs of this breed are considered to be the children of the lion and the monkey.

Back in time, the Pekingese didn't live among common people. They lived in the palace of the Emperor of China. These dogs were revered as protector spirits. Moreover, the Pekingese look like small lions rather that dogs.

This gloomy cat became a famous meme. Which breed is it?

The Snowshoe cats originate from the United States. They got their name for their white paws. They are very intelligent and learn tricks fast.

You must be a professional felinologist or cynologist! You know every breed, even the tricky ones. If you still don't have a pet, hurry up and get yourself one!

You know cat and dog breeds pretty well but you should dig a little deeper. There are so many amazing things you still don't know!

Grab "White Fang" by Jack London or any other book on cats or dogs and embark on the amazing journey through the animal world!

Jei
Could You Take Part In a Mars Colonization Program?

Jei
Which Historical Figure Are You? The Quiz Will Tell You

Lee
How Well Do You Know Dolly Parton?

TheKate
How Well Do You Know "The Haunting of Bly Manor" Series?