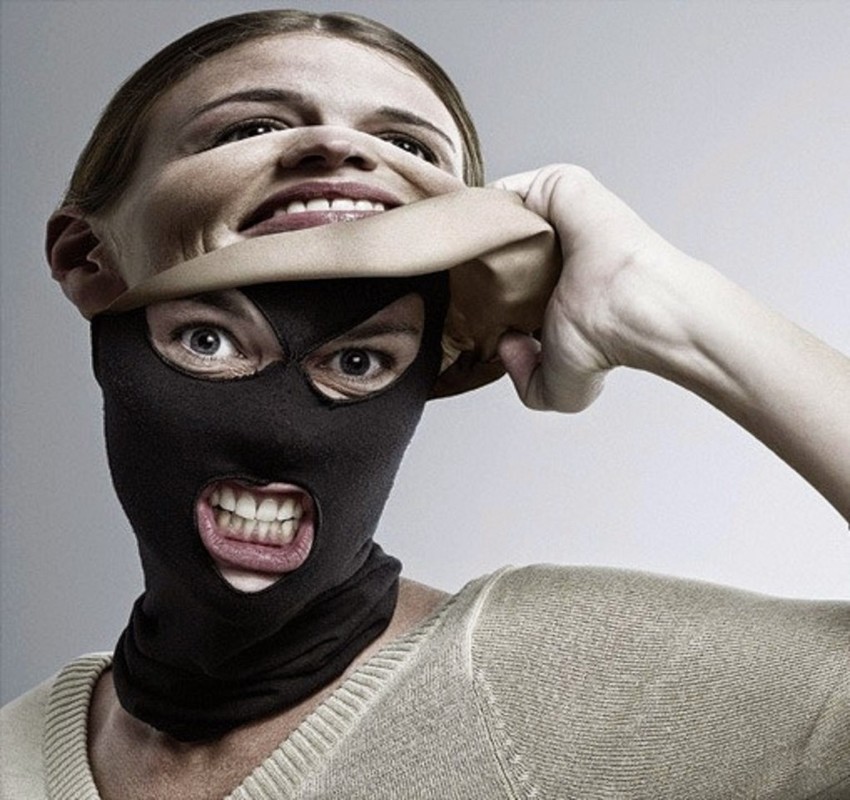 Sociopathy is an informal term that refers to a pattern of antisocial behaviours and attitudes. Sociopaths are manipulative and cunning, lack empathy, and have a weak conscience that allows them to act recklessly or aggressively, even when they know their behaviour is wrong. Sociopaths are pathological liars and never recognize the rights of others. Do you like to break the rules and go against the norms? Take this test to find out whether you have sociopath traits.
Let`s Start
Embed

As a kid, did you always get what you wanted, even when your parents were against it?

No, I knew I couldn't always have my way

I succeeded to convince my parents sometimes

Have you ever wanted two of your friends to clash interests for your own benefit?

Many times. There is nothing wrong with this method.

No. There are better ways to achieve a goal.

I had to do it a few times to achieve my goal.

Imagine this. You find a bag full of money. The money is enough for you to have a fabulous life in another country. In the bag, you also find the documents saying that the money has been raised for children suffering from cancer. What will you do? Give an honest answer.

What kind of question is that? Of course, I'll return the bag.

I'll return the bag for a money reward

I'll take the bag and forget about this ever happening. This is the life!

Have you ever been detained and brought to the police station?

Once or twice when I was under the influence of alcohol. Otherwise, I'm a law abiding citizen.

Of course not! What are you talking about?!

How often do you lie?

Sometimes, when lying is the only way

There is no such thing as truth or lies. Words are just a tool.

Multiple studies indicate that a person lies every day. I'm no exception.

Imagine this. Following a shipwreck, you and a few other people found yourselves on an uninhabitable island. Some people are injured. Food is running out. While wandering along the beach in the search for food, you run into a group of indigenous people. They're willing to give you a boat in exchange for your women. What will you do?

I'll take the boat, reach the civilization and come back with help

I'll agree, only if it's a sailboat. Do they also have pearls?

I'll escape and tell the others about it. Together, we'll fend off the locals.

Have you ever failed to pay back the money you borrowed?

I paid them back with a little bit of a delay.

I have a habit of not paying back money I borrow.

You and your friend are romantically attracted to the same person. What will you do?

Three is a crowd. I'll withdraw myself.

Let our love interest decide which one of us she/he prefers.

I won't tolerate any rivals around

Are you prone to frequent mood swings?

Only if something knocked me off balance

Yes, it's typical of me

No, I'm not easily frustrated

Have you ever damaged other people's property for revenge or for another reason?

Only as an act of revenge. Eye for eye, tooth for tooth.

Of course. They can do nothing to me!

No. Revenge is never a solution.

I can have a glass or two with friends

Yes, alcohol is an important part of my life.

Yes, but only in good company.

Do you often feel repentance?

Yes. I feel guilty for my behavior from time to time

What's done is done. You must move forward.

No. If I did something bad, I had no other choice.

You can rest assured you're not a sociopath. While you may have some traits of a rebel, you will never do anything bad to achieve your goal. For you, emotions and respect really mean something. You never lie just for the sake of lying. And yes, you feel the pangs of remorse from time to time. Sometimes, you may act carefree and behave irresponsibly, but other people don't have a problem with that. You never cross the boundaries, which is a very good thing.

While you're not a sociopath, you're hardly a nice person either. You know exactly what you want and will do anything to achieve that. No one can stop you on the way to your dream. For you, the end always justifies the means. Nonetheless, you have some good qualities in you and there are rules you stick to. For example, you'll never betray the person you love or the person who trusts you unconditionally.

You have a personality disorder

You're a dangerous person, and you know that. You're good at manipulating other people and scheming behind people's backs. You are smart, witty, and inventive. You have a good memory. At the same time, you can be merciless. You take no prisoners. Knowing the weak spots of people around you, you can either encourage or destroy them, depending on which scenario is beneficial for you. You always make the rules of the game. For you, winning by any means is as natural as breathing.

Popular quizzes
Do you Have Postpartum Depression? 5-Minute Screening

MaryKate
How Well Do You Really Know Your Best Friend?

Akela
What Dessert Matches Your Personality?

Lada Khramova
Quiz: Are You a Well-Read Person?