Can You Answer These 30 Questions About the Cold War? 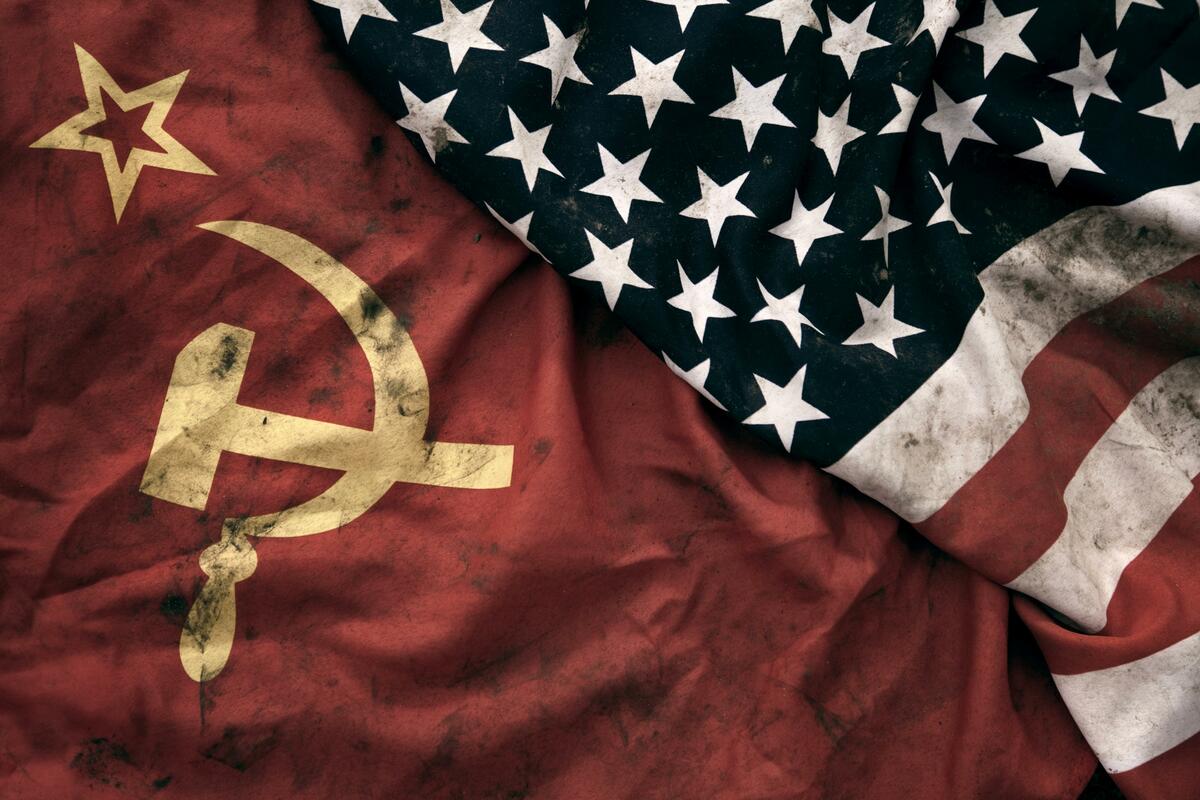 How are your history studies going? You may not be interested in reading about Ancient Greece or the Middle Ages, but it is important to know about recent events. Like the Cold War! Take our quiz to test your knowledge and learn new facts.
Let`s Start
Embed

HUAC, which investigated suspected communists in the 1950s, was an American committee containing members of which body?

US House of Representatives

What is "Star Wars"?

An attempt to establish a communist regime in outer space

Who was the first US President to visit Moscow?

North Korea and South Korea are divided by which line?

MAD was a principle that placed emphasis on the disastrous nature of employing nuclear weaponry. What does MAD stand for?

In November 1960 John F. Kennedy was elected US president after a narrow election victory over whom?

Which of these is "a political ideology and system that strives for a society with no classes or structures of government"?

In which year did the Chinese Communist Party seize control of China, declaring the country a socialist People's Republic?

What was significant about the man-made satellite Sputnik II, launched by the Soviet Union in 1957?

It carried a nuclear charge

It carried a living dog

It carried a man

What was the Soviet Union's "Committee for State Security" better known as during the Cold War?

Which of the following countries was not a foundation member of NATO in 1949?

What was the name of the checkpoint between East and West Berlin where the US and Soviet forces faced each other in a tense standoff in October 1961 before both sides withdrew?

What type of aircraft was the Badger?

The Soviet Union signed which military pact with the Eastern European nations?

In 1959, Project Horizon was developed by the US Army Ballistic Missile Agency to create a military base where none had existed before. Where did they plan on putting it?

Normal orbit around the Earth

Geostationary orbit above the Soviet Union

The French withdrew from Vietnam after suffering an embarrassing defeat in which 1954 battle?

In which year did the Soviet Union detonate its first nuclear weapon, dubbed "Joe-1"?

When was the Berlin Wall built?

Who was the leader of North Korea at the time of the Korean War?

Which Hungarian Prime Minister demanded that Hungary become a neutral nation, leading to the suppression of the 1956 Hungarian Uprising?

During which conference did Churchill, Stalin and Roosevelt first agree to divide Germany into occupation zones?

When was the Soviet Union officially dissolved?

In 1957 Canada and the US established a joint military group. What was it called?

For much of the Cold War, the US' principal strategic nuclear and conventional weapons platform was the mighty Boeing B-52. How was this aircraft also known?

Which resolution gave the US President Lyndon B. Johnson the authority to use military force in Southeast Asia without a formal declaration of war?

In late 1962, an American spy aircraft discovered that Soviet nuclear missile installations were being built in the US' "backyard". Where was that?

In 1969, President Richard M. Nixon initiated a series of talks to slow down the dangerous nuclear arms race. How were these talks called?

During the Berlin Blockade in 1948-49, the city of Berlin was blocked by the Soviet forces. How were the French, American and British sectors of the city supplied?

They received no supplies

By the Soviet forces

Who coined the phrase "The Iron Curtain"?

This test has become a real history lesson for you. You don't even seem to have heard of the Cold War and the Iron Curtain. But these are very important topics that have largely determined the further development of the story. Therefore, it is worth learning more about NCDs, including with the help of our test! Send this quiz to your friends, let's see if they can do it better!

Your answers show that you are interested in history in general. But recent events are not very exciting for you. Of course, you know what the Cold War is, but you have never gone into the details of this conflict. But thanks to our test, you learned more about it! Send this quiz to your friends, let's see if they can do it better!

Your answers show that you are interested in history in general. But you are particularly interested in recent historical events, in particular, the Soviet Union. That's why you know so well the history of his relations with America that led to the Cold War. You have answered most of the questions correctly, this is a great result! Send this quiz to your friends, let's see if they can do it better!

Popular quizzes
Which Egyptian God are You?

Lee
How Well Do You Know History Of The Valentines' Day?

zJuLiAz
How Much Do You Know About the American West?

ilon
Do You Think You Could Pass a US Citizenship Practice Test?

ilon
What International Musical Festival You Should Go To?

Lee
How Much Do You Know About Hot Dogs? Try This Quiz!