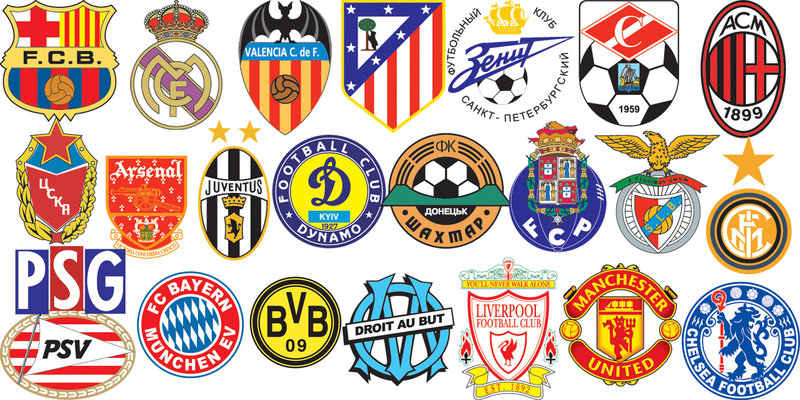 Do you like football? Do you think you're an expert in everything - from rules to club symbols? Take the quiz and prove it :)
Let`s Start
Embed

A devil is depicted on the logo of this club

The devil on the emblem relates to the team's nickname The Red Devils, which appeared in the early 1960s.

The emblem of what club does feature a crown?

The emblem is made in traditional Bavarian colors: red, blue, and white. The internal circle is Bavaria's flag and the element of Bavarian coat of arms:

Choose the right emblem of Sporting

Choose the right emblem of Lyonnais

This is the emblem of…

The emblem of what club does feature a bull?

Romulus and Remus - the founders of Rome - who were nurtured by a she-wolf according to a legend are depicted on the logo.

There's the date of club establishing on this emblem

Milan was established in 1899.

This is the emblem of…

You're open to watching football from time to time when you came across it on the TV. Emblems, uniforms... It's still Greek to you. Share the quiz with friends, let's see how they pull it through!

You don't miss any match of the Champions League and watch the most interesting championships. You're pretty good at clubs but there are some gaps. Send the quiz to your friends and check whether they can get ahead of you.

A true football guru. You watch the most famous championships and leagues and always keep abreast of the latest developments. Send the quiz to your friends and check whether they can get ahead of you. :)

Lee
How Well Do You Know Bleach Anime?

Erich84
How Well Do You Know Friends Series?

Lee
How Do You Handle Your emotions?

JohnS
What Does Chase Hudson Think Of You?