How Well Do You Understand Teen Slang? 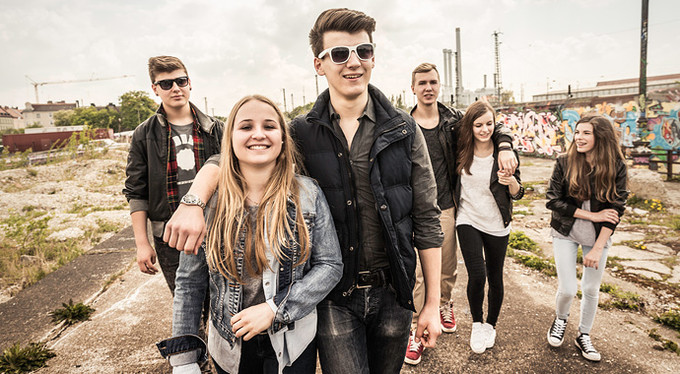 How often you find yourself thinking that you don't understand the meaning of words you hear? Take the teen slang quiz to check whether you're on the same page with the Z generation or not.

Friends' son says that he's rofling at your story.

He's thinking about the meaning of life

He's crying because of sentiments

He's rolling on the floor laughing

You’re going home and come across teenagers in the stairwell who are noisy and having fun. You make a remark, but one of them asks you don’t go aggro on them. What does this word mean?

He asks you not to be angry. The word is derived from “aggressive”.

do not be angry and keep calm

do not call the police

do not be a wimp

You’re taking the bus to work and hear two young people talking. One of them asks another to catfish if he wants to check his girlfriend. What does it mean?

To go fishing on weekends

To spend some time away from her

To pretend to be someone else on social media

Daughter comes home from school and says she has a hater. Who is it?

A worshiper, an admirer, that very character who helps carry the schoolbag and pulls her pigtails

her best friend, with whom she shares the same desk

a person, who hates her, trying to queer pitch within the school walls

On the Internet, you come across news that one famous artist made a diss for his competitor.  You’re at a loss, but trying to hunt down a question.

It’s fashionable now to diss, all people that belong to art make it, and if a celebrity has no diss about himself, you have to doubt whether he’s actually successful.

a backbiting to spoil his reputation

a song, which tells about their relations

Your friend says that a person you know baits him and he doesn't know what to do.

The word “bait” is used towards heavy copy-cats who adopt the entire lifestyle of other person.

trolls, in other words, makes cruel and sometimes unfunny jokes, which drives him into a frenzy

offends, goes into personals and turns relationships into a conflict

If a person chills, he is taking rest and regaining physical and moral power.

take the fridge by storm and chase stress with food

take rest without bothering about work

sleep all the way until it’s Monday

Your colleague said that now she’s advocating body positive and will educate the masses. You nodded, but was at a loss. What is she talking about?

Body positive means you need to get rid of your insecurities and love yourself and your body regardless of whether it meets the world’s beauty standards or not.

about acceptance of any body regardless bodily constitution, skin color, defects and scars

about a religion based on the worship of a beautiful body

You spent all weekend in front of TV watching the last season of Breaking Bad. You didn’t even know what name this practice has.

Binge watching means watching a TV series in like a week with multiple seasons, and getting little to no sleep.

Teens think you're a noob

Kanorkhati, brozdo and faris - you know these old Russian words better than slang, which current generation speaks. Don't worry, you don't understand them as much as they don't understand you.

You know some things...

You know some teen words and expressions, but watch your step, because it's easy to confuse body shaming with body positive, and then it's really hard to get rid of barbarian's reputation.

Are you older than 18? If so, you're trying really hard to be on the ball and go for a yes-man in youth circles.

Popular quizzes
How Well Do You Know The History of Space Exploration?

Lee
Can You Guess What Language Is This?

Lee
AM I Bored of My Relationship?

Jackl1
Do You Have What it Takes to be a Teacher?

Lee
What Type Of Guy Suits Your Personality Quiz