How Well Do You Know "Trailer Park Boys: The Animated Series"? 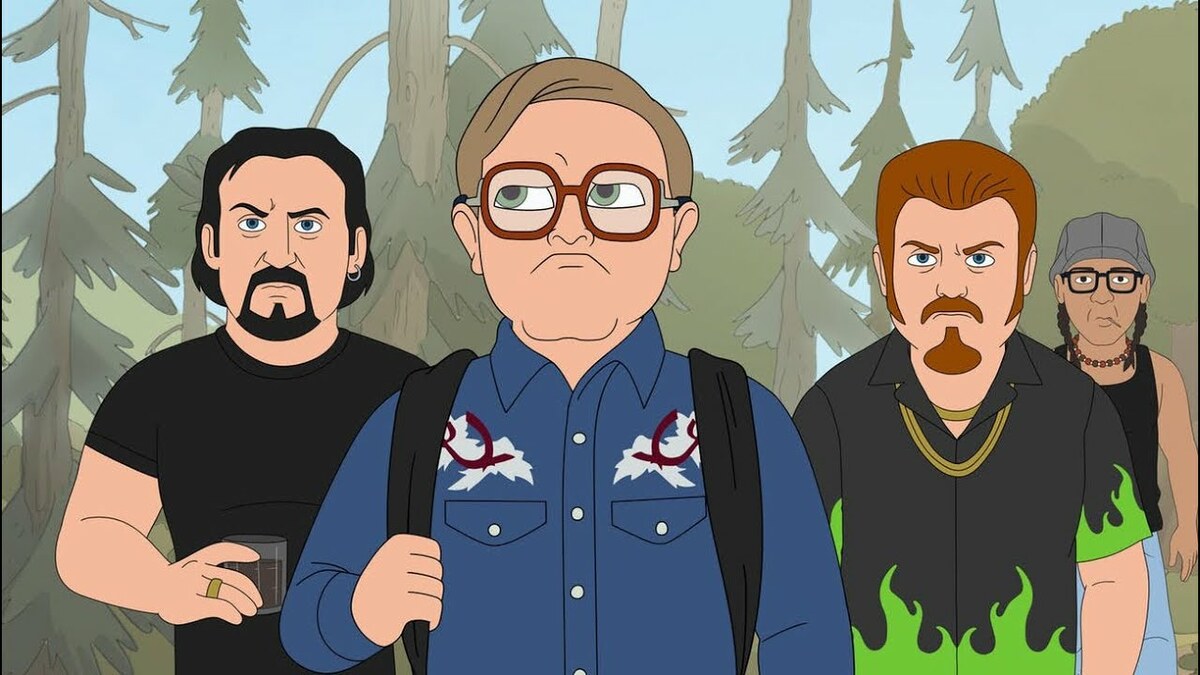 Trailer Park Boys: The Animated Series is a Canadian adult TV series created as a spin-off and sequel to the 2001 television mockumentary comedy series, Trailer Park Boys. It continues to follow the misadventures of a group of trailer park residents. Have you already watched this show? Let's see how much you know about it!
Let`s Start
Embed

The series is a spin-off and sequel to the 2001 television mockumentary comedy series, Trailer Park Boys. Which itself i sa sequel to the film of the same name. When was the original version released?

How many seasons does the show have?

Is it true that Bubbles' glasses actually belonged to an old lady?

When John Paul Tremblay started his career he was far away from acting. What did he do?

He owned a chain of pizza restaurants

He opened a network of sports clubs

He drew portraits on the streets

Robb Wells has his own Internet media channel. What is it called?

Michael Smith is an actor, screenwriter and comedian. What other talent does he have?

He is a guitarist

There is no way that you haven't heard about Trailer Park Boys, who are always getting into chaos. Perhaps you think that the animated characters look strange and out of place. You actually prefer a live-action show that looks more realistic and thanks to which these crazy guys have become famous. However, after this test, you learned a lot about their new cartoon! Send this quiz to your friends, let's see if they can do it better!

Of course, you've heard about the Trailer Park Boys, who wreak havoc and constantly get into trouble. You may even have watched several episodes of the new animated show. However, you don't remember many details about the series and about the actors themselves. Our test revealed some interesting facts about the life of these crazy guys! Send this quiz to your friends, let's see if they can do it better!

Of course, you've heard about the Trailer Park Boys, who wreak havoc and constantly get into trouble. We are sure that you are their most loyal fan. You definitely watched all the episodes of the old series, but in addition, the new animated show did not go unnoticed. That's why you answered our questions so well! Send this quiz to your friends, let's see if they can do it better!

Dexter13
How Well Do You Know "Bonding"?

Lee
Will You Find True Love This Year? Take The Quiz & Find Out!

Dexter13
How Did I Die in Your Past Life?