How Well Do You Know "Warrior Nun" Series? 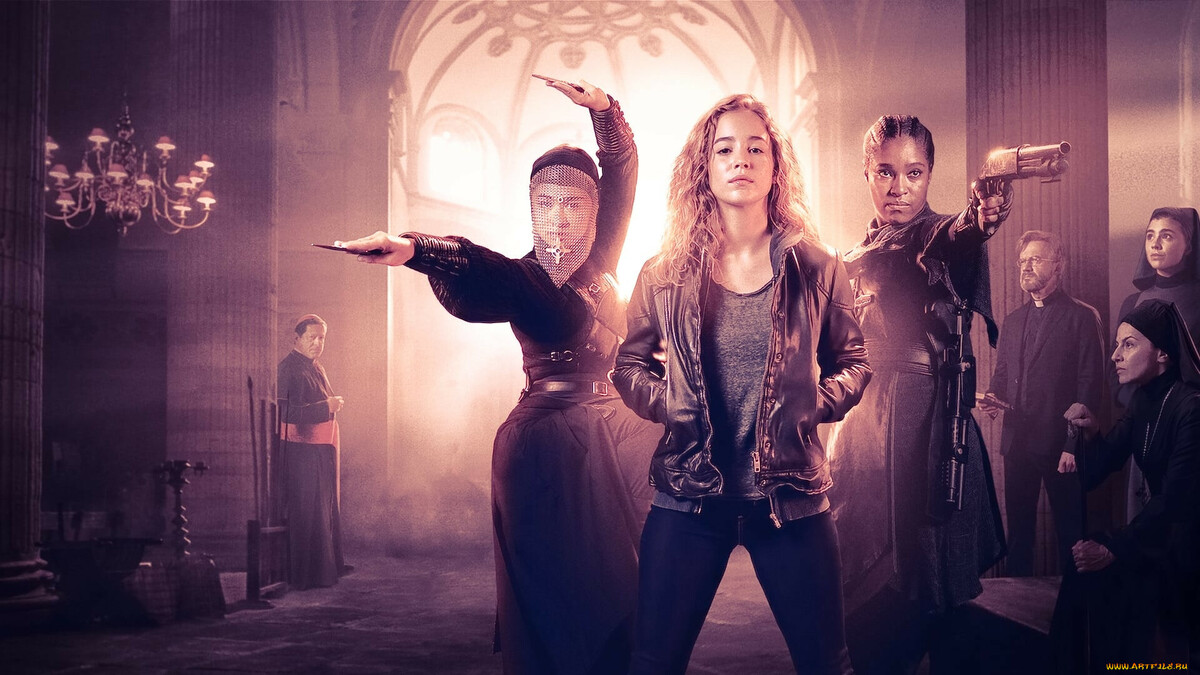 Warrior Nun is a unique action series streaming on Netflix. Ava is a nun who wakes up resurrected from the dead with an assortment of superpowers. The last season left its global audience with tons of questions that the next season will hopefully answer. Test your memory or learn some new facts here!
Let`s Start
Embed

What is the plot of the series based on?

Warrior Nun was inspired by comic books with a similar name, Warrior Nun Areala. Written by Ben Dunn. When was it first published?

The season finale takes place in Rome; to be precise, in the Vatican. However what seems to be the Vatican is actually another country. Which one?

Is it true that Jillian Salvius was originally written as a man?

Real-life order of priest and nuns

Frescoes on the walls of the Vatican Cathedral

Alba Baptista is not English. And English is not the 23-year old star's mother tongue. Where does she come from?

Is it true that the creator of the manga helped write the show?

Episode titles hold secret meaning. They are named after ______

Excerpts from the lives of the Saints

When Duretti is elected Pope, they signal the results with black smoke. Is it also used for this occasion in real life?

If some of the places in Warrior Nun seem familiar, it could be that the filming locations were also used in other iconic series. Which one?

Not a Fan of Manga

It seems that you haven't watched the action-packed Netflix series "Warrior Nun" yet. You are not a big fan of manga and anime, so their plots seem to be of little interest to you. However, this series deserves your attention. Perhaps, after our test, you will want to watch a couple of episodes! Send this quiz to your friends, let's see if they can do it better!

Judging by your answers, you have heard something about the action-packed Netflix series "Warrior Nun". You love exciting action movies and thrillers, so this show also seemed interesting to you. However, you haven't had time to watch all the seasons yet. We advise you not to waste time and turn on the first episode right now! Send this quiz to your friends, let's see if they can do it better!

Judging by your answers, you are a real expert in the field of anime and manga. You follow everything that happens in the world of comics. That's why the new action-packed Netflix series is so familiar to you. You have not just watched all the episodes of "Warrior Nun", but also studied the biographies of the actors, the history of the creation of the series, and so on. Therefore, you have easily answered all our questions! Send this quiz to your friends, let's see if they can do it better!

Popular quizzes
How Well Do You Know "Russian Doll" Series?

Alexandr_0
How Well Do You Know "The Witcher" Series?

Dexter13
How Well Do You Know "Criminal: UK" Series?

Peter_1
Should You Date Josh Richards?

Dexter13
Could You Survive The Hunger Games?

Yummy
Is my relationship healthy? Take this quiz to find out!