Riverdale Quiz : How Big of a Fan Are You? 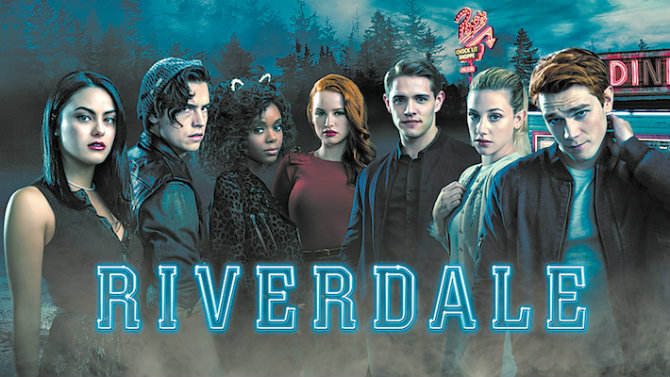 Everything changes for Archie, Betty, Veronica, and Jughead after the recent tragic death of local teenager Jason Blossom. Test your knowledge of the Riverdale teens with this quiz!
Let`s Start
Embed

The murderer of Jason Blossom is...

Jason Blossom was killed by his own father - Clifford Blossom!

The full name of the main character is

Who did Cole Sprouse play?

Who was Betty in love with in the very beginning of the first season?

In the very beginning of the first season Betty was in love with Archie.

Who was Kevin in love with from Serpents?

Kevin was in love with Joaquin.

What did Veronica's father always give her?

Father gave her a necklace.

Why was Archie arrested?

Remember an episode where the main four characters spend a weekend in the Lodge family’s lake house? So, Cassidy appears in the middle of the episode: he works in a local store where Berry and Veronica come to buy some cute souvenirs. Veronica out of habit flirts with a cashier and he calls his name, “Cassidy”. Later, the charming cashier puts a black mask on his head and is about to rob Lodge lake house. He steals Veronica’s necklace and runs away. Archie, of course, runs after him, but Andre overtakes them (an assistant of Hiram who was killed in the previous episode) and asks Archie to leave. When Archie is leaving, he hears a shot: it means Andre shot down Cassidy. Andre is dead, it will be very difficult to prove his guilt (considering that Archie is the only witness)

For theft of Hiram Lodge's money

Where did Veronica make an underground bar?

Veronica opened a speakeasy under Pop's

What secret did Cheryl Blossom hide?

Cheryl was a lesbian

She was secretly in love with Archie

She was a lesbian

She wanted to kill Betty

What's the game name where The Gargoyle King rules?

The Gargoyle King is a villain from a game

What did Veronica do when she found out that Betty kissed Archie?

When Betty, Archie, Veronica and Juggie were in the sauna, Veronica kissed Jughead

Why was Hiram Lodge in prison in the beginning of Season 1?

You need to rewatch a couple of episodes

Seems like you've never heard of Riverdale. It's not the best result ever, but now you definitely know a lot more! Why not watch a few series right now?

You almost found out all the secrets of Riverdale!

Congrats, you were one hit from the victory! Watch another couple of episodes and you'll know all the secrets! Share your result with your friends and then the Black Hood and the King of Gargoyles aren't gonna hurt you!

Congrats! You know all the secrets of Riverdale.

You know all the secrets and aren't afraid of the King of Gargoyles! Share your result with your friends to make them join your team!

Popular quizzes
Which Daughter Darkness Character Are You?

Alyssa Charpentier
How Well Do You Know "The Healing Powers of Dude"?

Dexter13
How Well Do You Know "The Haunting of Bly Manor" Series?

Margarite
Hey, You! Do You Have a Dirty Mind?

Sergio123
How Well Do You Know Friends Series?

Lee
Quiz: Are You Ready For a New Dog?