Can You Name the Country From Its National Dish? 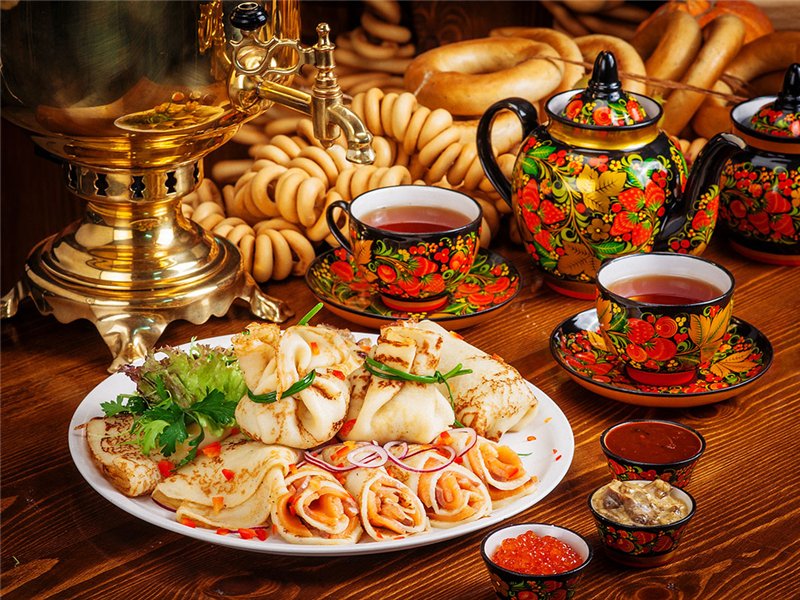 Did you know that there is such a thing as food tourism? Food tourism is the exploration of food as the purpose of travel. People come to a certain country or region to get acquainted with its national dishes, discover cooking traditions, and - of course! - taste new delicious food! Are you ready to see how well you know the national cuisines of different countries? Let's get started!

Paprikash is a delicious, nutritious, and filling dish. Where was it invented?

Paprikash is a versatile dish that can be served as a thick soup or ragout. A must ingredient of paprikash is paprika that eventually gave its name to the dish.

Fish and Chips is a hot dish consisting of fried battered fish and chips. While not very healthy, this food is loved by millions of people worldwide. In which country was this dish invented?

The first Fish and Chips restaurant opened in 1860. In 1935, moto delivery of fish and chips was launched.

Paella is a mouthwatering dish made of rice, olive oil, and saffron. Paella can be made with chicken, seafood or vegetables . From which country does this dish originate?

Experts have counted more than 300 paella recipes! Black rice paella is made with squid ink that gives the dish an unusual black color.

Rösti is the name of delicious potato pancakes. Can you name the country where this dish was invented?

Traditionally, rösti pancakes are served with fried onion, sour cream, salt fish, eggs and bacon. It's impossible not to like this dish!

Kimchi is famous dish made from salted and fermented vegetables, mostly cabbage. It has a sharp, strong flavor. This dish is even believed to help a cold or a hang-over. In which country was it invented?

This amazing dish is so popular that it was inscribed on UNESCO's Representative List of the Intangible Cultural Heritage of Humanity and has its own museum.

Tom yum is a hot and sour soup usually cooked with shrimp. The soup also includes such ingredients as lemongrass and cilantro . Where was this dish invented?

The royal version of Tom yum also features rice. In its "standard" version, rice is served separately from the soup.

Curry is in a variety of dishes. Curry can be referred to as a soup, ragout, or condiment.Which country does this versatile dish come from?

The name "curry" orginates from a Tamil word that means "sauce."

Tiramisu is a multi-layer dessert made from mascarpone cheese, coffee, whipped mixture of eggs, and sugar. Where does it come from?

Translated from Italian, the word "tiramisu" literally means "cheer me up."

A jelly-based raindrop cake is loved by millions of people due to its unusual look and refreshing taste. In which country was this amazing dessert first made?

Suprisingly, this dessert is very easy to make. All you need is water, agar agar, and a little sugar syrup. You can try to make it at home!

Pastila is a delicious and healthy confectionery made from fruit and berries. Where was this unusual dessert created?

Pastila was first mentioned in written documents dating back to the 14th century!

How about a cup of coffee? Coffee lovers all over the world invented hundreds of ways to make coffee. In one country they place a piece of cheese in a cup and then pour coffee over it. Which country is it?

Lapland cheese, with the Finns add to their coffee, is made from cow, sheep, and even deer milk.

You are just preparing to explore the world of cooking. You have so many delicious discoveries ahead of you! On your way, you'll get acquainted with plenty of mouthwatering food. Bon appetit!

You know a thing or two about national cuisines! You certainly know the traditional dishes of different countries. But what about exotic ones?

You're a true pro when it comes to food! Chefs will have to work hard to surprise you with something new!

Erich84
Can You Guess the Country? A Geography Photo Quiz

MaryKate
Do You Have Food Allergy or Food Intolerance? Take The Quiz

JuliaKL
What Color Hair Will My Baby Have? Baby Hair Color Predictor

DanielMiz
Do I Have Arthritis? 3-Minute Self-Check

Lee
Test For Lonely Women - Find out why you're lonely and fix it!