How Much Do You Know About the Civil War? 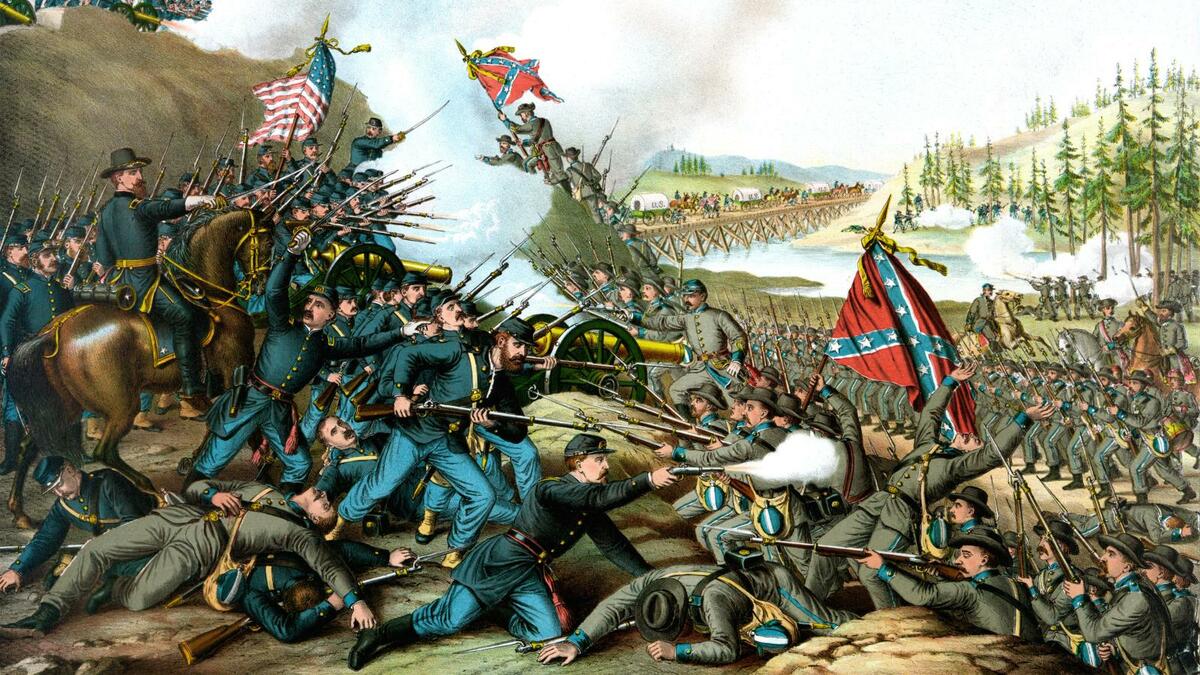 Many countries have experienced civil wars, but the American Civil War is one of the most famous conflicts in world history, which changed the lives of millions of people. Let's see how well you know its history!
Let`s Start
Embed

Who won the Civil War?

Which famous poet was a nurse during the Civil War?

What did the Emancipation Proclamation declare?

The separation of southern states

The end of the Civil War

The end of slavery

The right to own slaves

When was the Emancipation Proclamation signed?

Which future US president did not serve in the military during the Civil War?

None of the above

What cities served as the capital of the Confederate States of America during the Civil War?

Who shot the famous Stonewall Jackson after the Battle of Chacellorsville?

A local civilian walking upon the campsite

What was the most deadly disease for soldiers during the Civil War?

What Northern city had riots because of the Union-issued draft?

Which of the following was not an exemption from serving for the Union in the Civil War?

Men could give the government the labors of their fields

Men could purchase an exemption for $300

Men could find someone to serve in their place

Men could be exempt on the basis of insanity

President Lincoln was elected November 6, 1860, but what date did South Carolina secede from the Union?

How did Stonewall Jackson get his nickname during the Civil War?

He threw rocks at the Union soldiers who got in his way.

He stood like a stone wall in the face of Union troops at the Battle of Bull Run.

He never changed his facial expression or smiled.

He built a wall to protect the confederate fort at the Battle of Bull Run.

Who became the President of the United States after Abraham Lincoln was assassinated?

How many months was the Civil War?

What two states had more slaves in their populations than free people in 1860?

Who declined the invitation from President Lincoln to accompany him to the play on the night of his assassination?

What was General Ulysses S. Grant's nickname during the Civil War?

How did the Union Army deal with venereal disease among soldiers during the Civil War?

Require all troops to take an oath of abstinence

They did nothing to combat with venereal disease

Which US state had the most fighting during the Civil War?

What event led to the formation of the Secret Service in the United States?

The Civil War as a whole

The assassination of Abraham Lincoln

Confederate spies found in the North

Widespread counterfeiting of US money

What was the name of the group of Southern operatives that tried to burn down New York City during the final stages of the Civil War?

The Confederate Army of Manhattan

Who fought during the Battle of the Ironclads?

The CSS Virginia and the USS Monitor

The Constitution and the Emancipation Proclamation

Who was not an abolitionist during the Civil War?

What did the Southern states officially name their part of the country?

The Confederacy of America

How many states originally seceded from the North to make the confederacy?

Which abolitionist encouraged slaves to rise up against their masters after launching a raid in Harpers Ferry?

What city did General William Tecumseh Sherman burn down during his March to the Sea?

The Battle of Bull Run

The Battle of Gettysburg

How many soldiers were killed during the Civil War?

Who was the president of the Confederate States during the Civil War?

What was playing at the theater the day Abraham Lincoln was assassinated?

What date marks the last death as a result of the Civil War?

What was the name of the first paper currency, which was issued in 1862 by Congress?

Which Civil War battle had the most causalities?

The Battle of Chickamauga

The Battle of Shiloh

The Battle of Antietam

The Battle of Gettysburg

How much did the average Union soldier earn during the Civil War?

What was the first Civil War battle?

Which US state was the first to secede from the Union?

You seem to be unfamiliar with the history of the American Civil War yet. You are still confused about events, dates, and important names. But it's not a problem, because now you know a little more. And you can discover the world of history by yourself! Send this quiz to a friend, let's see if he/she does better!

You Know the Facts

You seem to be quite familiar with the history of the American Civil War. You know the main events, dates, and names, so you answered most of our questions correctly. However, history has its secrets for you, and now you know a little more! Send this quiz to a friend, let's see if he/she does better!

You seem to be very familiar with the history of the American Civil War. You know all the major events, dates, and names, so you answered most of our questions correctly. History has no more mysteries left for you, but you can always go back to studying and discover something new! Send this quiz to a friend, let's see if he/she does better!

Popular quizzes
Can You Answer These 30 Questions About the Cold War?

Kaite
How Much Do You Know About Internet History? This Quiz Will Find Out!

ilon
How Well Do You Know History Of The Valentines' Day?

Akela
How Well Do You Know Your Partner?

Lee
Is My Dog Dominant? This Quiz Will Find Out