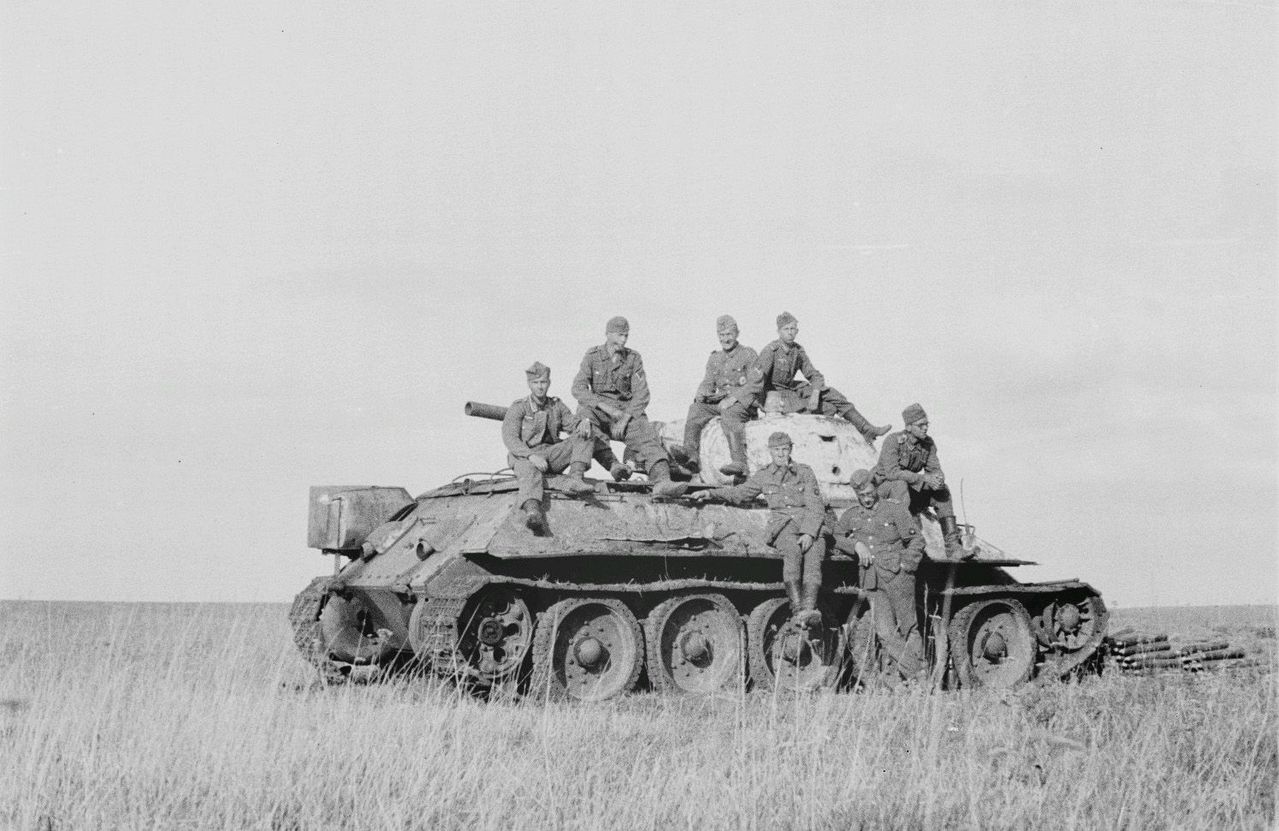 As you probably know, World War II was the largest and most destructive conflict in the history of humanity. Out of 73 countries that existed on the political map at that time, as many as 62 nations took part in that devastating war. Do you think you know everything about World War II? Find out here!
Let`s Start
Embed

During World War II, Princess Elizabeth, who is now the ruling Queen of Great Britain and Northern Ireland, did this job for 5 months. Which job was that?

In February of 1945, the 18 year old Princess Elizabeth had a 5-month training as a mechanic and military truck driver.

Which country was the last to sign a surrender?

World War II was officially over on September 2, 1945, when at 9:02 Tokyo time (4:02 Moscow time) Japan signed an unconditional surrender on the deck of UUS Missouri.

During World War II, due to the lack of metal, this cinematographic award was made of plaster.

After the war, the winners had the opportunity to swap their plaster awards for metal statues covered with gold.

What was the only state in Latin America that directly participated in World War II?

Brazil took part in World War II alongside the Allies from August 22 till the end of the war. Brazil was the only Latin American country to participate in the war, although at a certain point all Latin American states had to join the war effort. Below you can see the monument honoring the Brazilian soldiers in Belo Horizonte.

In which region of France did a major military operation that opened the Western (second) Front take place?

Operation Overload, also known as the Battle of Normandy, was a strategic operation of the Allies which launched the invasion of Hilter-occupied Western Europe. The operation was launched on June 6, 1944 and ended on August 25, 1944. Then the Allies crossed the Sena, liberated Paris, and continued to the France-Germany border. The operation opened the Western Front in Europe. With over 3 million soldiers, it has become one of the greatest military efforts in history.

In the summer of 1943, in the Philadelphia docks, a man named Carlos Allende claimed that he had seen USS Eldridge disappear, which was a part of a secret experiment. Who, according to Carlos, headed the experiment?

According to some conspiracy theorists, in 1943 the American physicists and the military joined efforts in a secret experiment. The results turned out to be so important that they remained classified for decades. The central "figure" of the experiment was USS Eldridge. The American military commissioned Albert Einstein with a challenging task, which was to make American ship invisible both on radar and visually. Einstein believed that this could be achieved by using electromagnetic field generated around the ship. While the great physicist curated the project in secret, the experiment was held by his less renowned colleagues. On the ship, four powerful electromagnetic generators were installed. The first experiments took place in the summer of 1943. Although the generators were not used to their fullest, the results were quite impressive. However, the ship's crew suffered nasty side effects, such as headache, nausea, and burns.

In 1943, an American military engineer Richard James made a curious discovery. He tried to find out how springs could be used to store equipment in the sea. The engineer accidentally dropped a string and witnessed an interesting effect. What did he invent as a result?

This is how this iconic toy was invented. After the war, the toy grew very popular. By the end of the 20th century, its sales reached the mark of 250 mil.

Cylindrical springs for a railway car

Ball point pen with a string

Mechanism for a semi-automatic umbrella

This participant of World War II wrote a book called "Military Pilot." His other literary work tells about the adventures of a boy. What royal title did the book character have?

Antoine de Saint-Exupéry was a famous French writer, poet, and professional military pilot. "The Little Prince" was his biggest work.

During World War II, the US and New Zealand secretly tested 3,700 bombs and caused this natural disaster.

The goal was to destroy coastal cities and towns.

In which city was this photo taken?

The Nuremberg trials were held by the Allied forces to prosecute prominent members of the Nazi Germany. The trials started at 10 am on November 20, 1945 in Courtroom 600 of the Nuremberg Palace of Justice. The legendary process ended on October 1, 1946.

You're an amateur historian

Well, for now your history knowledge is not so impressive. But this is only the beginning. We hope that you're eager to learn more. Now you know how Queen Elizabeth II helped her country during the war, who received plaster awards, and what scientist made a military ship disappear!

We have to admit that you're quite good at history. You're not scared easily with tricky questions. Keep going! Now you know how Queen Elizabeth II helped her country during the war, who received plaster awards, and what scientist made a military ship disappear!

You're a true expert

Wow! You must have read a lot of history books! You know the prominents names, curiosities, crazy experiments, and military operations of that period. You also know how Queen Elizabeth II helped her country during the war, who received plaster awards, and what scientist made a military ship disappear! You should be proud of yourself!

Lee
Are You Afraid of the Unknown?

Lee
The Flow State Quiz: Can You Enter Your Brain's Most Productive State?

Lee
Avani Gregg: Can You Match Her IG Posts To Their Captions?