What Meat Is Used in This Dish? 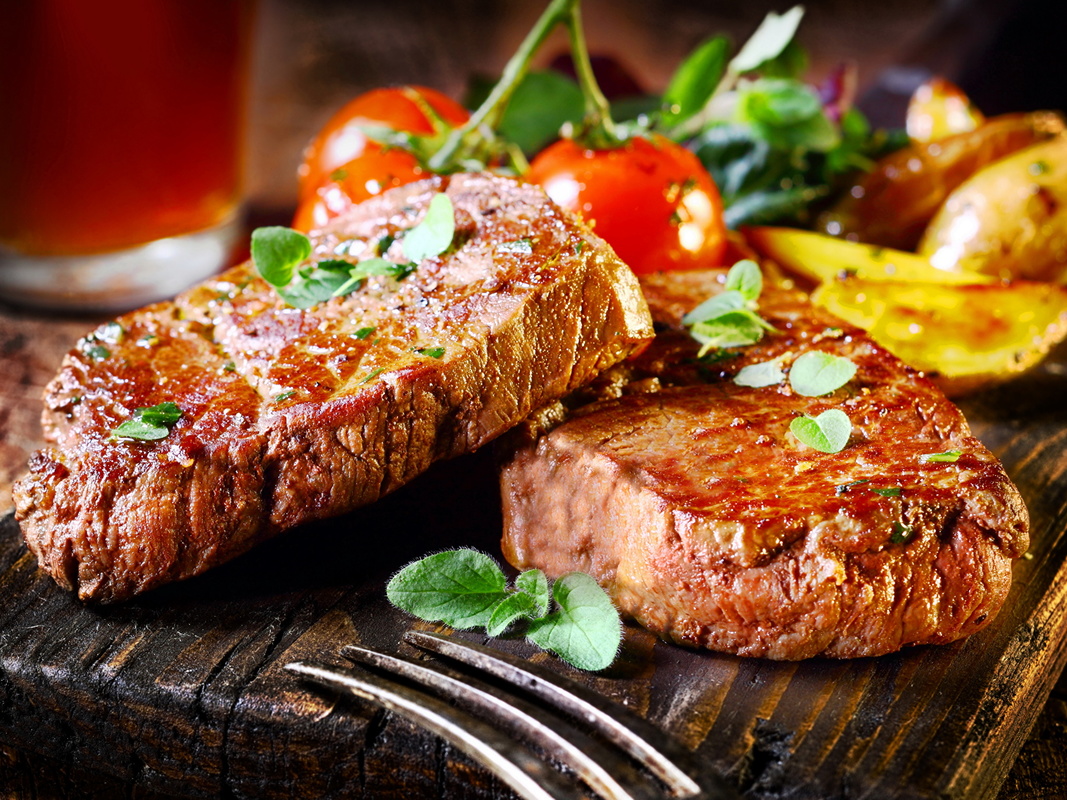 Meat is cooked in all countries of the planet. Nutritious, mouthwatering, and tempting, take this quiz and find out if you can guess the meat in these international dishes!
Let`s Start
Embed

The meat of what animal traditional Wiener Schnitzel is made of?

Wiener Schnitzel is one of the most famous dishes of Venetian cuisine. It's a very thin schnitzel of small size made of veal in the coating of flour, eggs and breadcrumbs fried in a large amount of melted pork fat or butter until golden brown.

Brazil. A national dish - feijoada. What this exotic course is made of?

Feijoada has been the flagship of Brazilian cuisine for the last 200 years. It's based on pork with beans and garlic jasmine rice and there's a range of bright as festival tastes around it - cabbage garnish, tomato hotchpotch and farofa.

Let's witch to Asia, Japan. What this seemingly yummy course named katsudin is made of?

One potion includes a bowl of rice and a high-fired tenderized pork cutlet. The cutlet can be previously dipped in egg or seasoned with a sauce after cooking. eggies and different spices can be also added to the dish.

What kopalkhen dish - a national course of nothern nations - is made of?

Kopalkhen is another "delicacy", which many people may consider disgusting. It's made of fresh meat by fermenting under the press. Due to the formation of post-mortem poison in the course of making it's deathful for the representatives of most other nations.

One cannot imagine Spain without jamon. And what meat is used for it?

A Spanish national delicacy, a dry-cured gammon of bacon. Jamon is covered with a lot of salt to speed up the dehydration process. The salting period depends on the weigh of the gammon and climatic conditions of every region.

A tempting dish of Uzbek cuisine with a melodic name Gulchekhra - this is pieces of succulent chicken stewed in milk and sour cream with the addition of onion, garlic, greens, and spices.

Lamta is also known for its national dished. One of them is fenkada. What's its main ingredient?

The Maltese prefer rabbit with garlic, herbs and red wine sauce. Among all types of heat treatments of food, stewing prevails in Maltese cuisine, which gives a special taste to ready dishes.

Iceland is interested because of its national dish called haukarl. What meat is needed to make it?

The carcass of a shark is dressed, cut in pieces and put in containers with gravel and holes in the walls to let juices freely flow out for 6-8. Then the meat is taken and having hung on special hooks is left to cure in the open air for another 2-4 months.

Why is Greece so special? Because of a dish called kouneli stifado. What's the main ingredient of this course?

Inion sauce gives the rabbit meat sweetness. This amazingly light and nutritious dish is served with rose or red wine.

Roast beef a traditional course of England. What meat is used to make this culinary masterpiece?

Roast beef is a course of English cuisine, which is a big slab of beef meat baked in the oven. Sometimes roast beef is grilled or stewed.

There's a national course in Armenia called khokho. Name the main meat ingredient of the course.

Only 3 products are used but khokho is a very tasty dish. Goose meat stewed with pomegranate gains a very pleasant flavor.

Croatia is a country with a lot of meat courses. One of them is Viskovachke begavitse. What is it made of?

Viskovachke begavitse is made of the meat of a young lamb and sheep sour milk.

Chakapuli is a national Georgian course. What meat the dish is comprised of?

The national Georgian course, which is young meat stewed with greens and spices, means "meat in skimming".

There's a "floating pie" in Australia called pie floater What meat is it made from?

Pie floater is served in soup plates with thick mushed pea soup. The pie can be put in the plate upside-down. The pie is eaten with pea soup with a spoon.

A South-African national dish - biltong. What meat is used for it?

Ostrich meat is marinated in vinegar and then in the mix of salt, brown sugar, coriander, black pepper and other spices, after that it's dried in special premises, cabinets, ovens or in the air. The process typically takes a few days.

Don't feel down, you have a lot of time to try all the national meat dishes of the world. It'd be a great reason for going on a journey around the world! How well will your friends manage this quiz? Share the result and find out.

So, you're the ace in the world of meat! All that's left to do is to visit a few exotic countries and you'll become a guru. Share the result with friends - challenge them in this gastronomic contest!

Chefs and gourmets all over the world may envy you. There's no guarantee that they are as good at meat as you are. Share the result and may the best person win.

Popular quizzes
How Well Do You Know The Scandinavian Cuisine?

Jei
Do You Have an Eating Disorder?

DanielMiz
Quiz: How Well Do You Know History Of Cooking?

Jei
What type of feminist are you? Here is the test to find out!

Serg14
How Well Do You Know "Julie and the Phantoms"?